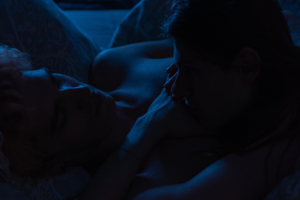 What to do when your client has sex with men, but is straight


Paul, a slim, attractive, 29-year-old white man who owns a landscaping company, was referred to me by his therapist (with whom he was making no progress) shortly after he attempted suicide. He told me that eight months previously, Julie, his fiancée, had discovered that he'd been having unprotected anal sex with men. When she confronted him, he denied it, but soon broke down and confessed. Devastated and angry, she broke off their engagement, accusing him of being duplicitous (she believed they were monogamous) and secretive. Worst of all, she felt frightened that he'd put her at risk for HIV and other sexually transmitted diseases.

Paul loved Julie and said he knew she was the woman for him. They'd dated for three years and been engaged for one. He hadn't told her about his homoerotic tendencies, nor had he confessed his suspicions that he might be bisexual. Then again, he thought every guy had some homoerotic thoughts that he probably kept private. He couldn't understand why Julie was so angry with him or why she didn't try to understand what he was going through.

Instead, Julie had rebuffed all his desperate and obsessive attempts to win her back. Ultimately, she'd had a restraining order issued against him. Shortly after this, Paul engaged in a binge of sexual acting-out with both men and women, culminating in the suicide attempt that brought him to my office.

This has happened many times: a man comes into my office, referred by his own…