Therapy for People Living with Dementia 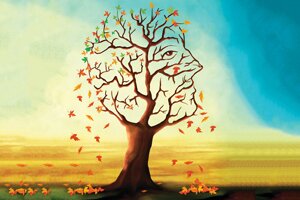 Therapy for People Living with Dementia

Creating Possibilities for Clients and Their Families


Imagine you can no longer remember your beloved grandchild’s name. You forget how to sign into your computer. You’re sure it’s early in the evening when you hear your son’s familiar voice on your cellphone saying, “It’s midnight; why are you calling?” Not only that, but you don’t remember dialing anyone’s number.

According to the World Health Organization, dementia affects more than 55 million people worldwide, with nearly 10 million new cases every year. Alzheimer’s disease, the most common form of dementia, accounts for 60 to 70 percent of global cases. In an article published on the National Institutes of Health website, the Alzheimer’s Association estimates that 6.2 million Americans aged 65 and older are living with Alzheimer’s today, making it America’s sixth-leading cause of death. That number could rise to 13.8 million by 2060. Finding a quick fix or easy solution seems unlikely. Outside of genetic factors, the only apparent causes scientists have found are the plaques and tangles on brain scans, and even this research has been called into question. Most importantly, there’s still no cure.

What we do know is that all forms of dementia interfere with our ability to make the intricate cognitive connections that help us function in our day-to-day lives. As dementia worsens, cognitive awareness declines, and our ability to express ourselves verbally suffers. There’s also grief, anxiety, and shame as basic cognitive tasks become tripwires, turning an…