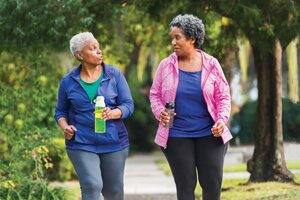 The Impact of Ageism on Our Bodies and Minds


Think about the last time you blew out the candles on your birthday cake. Sure, another year had come and gone, but did you take the time to reflect on the experience of growing older? Or did the thought of another year having passed dissipate as quickly as the smoke from your candles?

If it’s the latter, that’s not surprising. The truth, at least for many Americans under the age of 65—that’s one in seven U.S. adults—is that we don’t think much about aging, especially those of us still carrying around vestiges of what the Journal of Pediatric Nursing has called the “adolescent perception of invincibility.”

And when we do think about growing older as adults, we often put it in a negative light. That’s according to psychologist Becca Levy, a professor of epidemiology at Yale University’s School of Public Health, who’s spent more than two decades studying the effects of negative age beliefs. Ageism, she says, remains a mostly ignored public health crisis, which can make all of us—old and young alike—psychologically and physically sicker. In fact, her research shows that people who hold negative attitudes toward aging can shave a whopping 7.5 years off their lifespan!

In April, Levy released her first book, Breaking the Age Code: How Your Beliefs about Aging Determine How Long and Well You Live, which examines our tendencies to revert to explicit and implicit negative messaging about growing older and suggests what we can do about it. The…