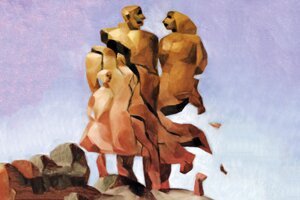 Helping Families in the Aftermath


Sarah marched into the room, followed by her slump-shouldered husband, Paul, and their 11-year-old daughter, Ally, who sort of shuffled to the couch, eyes on the floor, her long dark hair almost covering her face. They were coming in for family therapy because Ally was wetting the bed.

It was the first time I’d met then, but Sarah had mentioned over the phone that her son, Jason, had died by suicide his freshman year in college, just the year before.

During our first session, the room was thick with tension as Sarah told me about her intense frustration with Ally, who sat motionless, her legs pulled up and her arms wrapped tightly around them.

Sarah complained that Ally’s bedwetting was just an attempt to get attention. “She won’t even wash her sheets afterward! She’s so immature compared to how Jason was at her age.” Suddenly, Sarah bowed her head and began to cry.

Paul stepped in to explain, “My wife is still grieving the passing of our son last year,” he said. His voice was oddly robotic. And then Sarah took over, launching into a description of her wonderful, gifted son, whom she couldn’t believe had been desperate and impulsive enough to take his own life. He’d left no note or clues.

I found myself distracted, remembering how much it would’ve mattered to me if my mom had written a note before her suicide when I was in my 20s. Anything that would’ve let us know what she was feeling or thinking before she took the 30 Seconal tablets and…