The Myth of the Individual 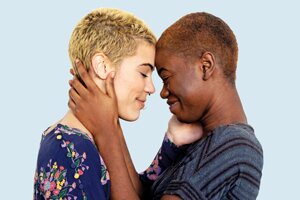 The Myth of the Individual

Tapping into the Relational Brain


For centuries, Western culture has been dominated by the idea of the individual. And what could make more sense? I exist. I, Terry, this individual person hunched over my laptop, am distinct from others. I am an entity bordered by the perimeter of my body. In fact, the very word individual comes from the term indivisible. And I end with my skin. Or do I?

Confined within my body, you’ll find my brain. Is that where my mind also resides? What is the shape of my mind, and does it end with my body? The great anthropologist Gregory Bateson gave the example of a blind man making his way down the street using a stick. Surely the stick and the information it yielded, argued Bateson, were a part of his mind.

The noted philosopher and cognitive scientist Thomas Metzinger began his exploration of the nature of consciousness by recounting the well-known “fake hand” experiment, which he re-created using himself as subject. Here’s how he described it: The subjects observed a rubber hand lying on the desk in front of them, with their own corresponding hand concealed from view by a screen. The visible rubber hand and the subject’s unseen hand were then synchronously stroked with a probe . . . After a certain time (sixty to ninety seconds, in my case), the famous rubber-hand illusion emerges. Suddenly, you experience the rubber hand as your own, and you feel the repeated strokes in this rubber hand. Moreover, you feel a full-blown “virtual arm”—that is, a connection from your shoulder to the fake hand on the table in front of you.

Perhaps this philosopher’s Thomas-ness ended at the tips of his fingers—but at the tip of which fingers, the real ones or the rubber ones? Cognitive science teaches us that what we think of as ourselves derives not from a direct experience but from a collage of sensations and images—self-representations, pictures we have of ourselves. Similarly, we experience the world not directly but rather as it is filtered through our accumulated knowing. We recognize a chair because of its chair-ness. It fits into a category we already know. Without that cultural knowledge, we would see the world as a newborn baby sees it, as light, shadow, shapes, and smells, coming at us with little or no definition.

In this regard, we are all a type of narcissist. None of us sees ourselves directly—our self-perceptions are filtered through acquired knowledge. Most of us think of ourselves as our bodies, our physical selves. But that image itself is a construction of our minds. Cognitive science reveals that what we call our self is really a changing tapestry of self-representations, images. And the good news is that how we see ourselves and the world may change quickly, dramatically, and with support, permanently.

Psychologists used to think that character, once developed, was very difficult to transform. They assumed that once a neural pathway was set in the brain, it was set. The discovery of neuroplasticity changed all that. We’ve come to realize that habitual neural networks can open up and re-form—that is, take in new information and restructure. The often-cited phrase is “Neurons that fire together wire together.” Or as neurobiologists say, “States become traits.” In psychotherapy, neuroplasticity is currently the name of the game. In my practice, I have seen that opening neural pathways can lead to profound change, to brand-new traits and behavior, sometimes in a matter of minutes.

“That would stop me in my tracks.”

Ernesto, Latinx and 56, was a rager. He wasn’t a physical rager, thank goodness, but he was a screamer, demeaner, a get-in-your-face-and-say-nasty-things verbal abuser. “It just comes over me too fast,” he tells me about three-quarters of the way through a ninety-minute one-shot consultation with him and his wife, Maddy, also Latinx and a few years younger. Ernesto sounds like many abusive clients I have listened to over the years. After meandering around for the better part of an hour, I finally ask him a question that hits pay dirt: “Who taught you how to be nasty and mean?”

“You mean like family?” he stutters. “Well, my mother died when I was eight, and my father remarried. Yeah, I guess my stepmother.”

Ernesto smiles, shakes his head. “Oh, she was the meanest, worst, most horrible—”

“She taught you how to be this nasty?”

“And what’s it like to see that?” I try to catch his eye as he looks down at the floor. Sitting across from him, I can feel his shame, a flush of warmth up his face. “Ernesto?” I ask softly.

“Oh,” he says, not smiling. “I’m embarrassed. For someone to see me the way I see her.” He shakes his head, looking beyond me.

I wonder what he’s seeing, remembering.

“I feel mortified,” he tells me.

“That embarrassment is what we call healthy guilt, or remorse. If you had felt that up front, it would have stopped you. Make sense?”

He nods, head down.

“Do you have a picture of your stepmother?”

“Good. Here’s what I want you to do. You can rage at your wife. I can’t stop you. But the next time you’re about to blow, before you do, I want you to take out the picture of your stepmother, look her in the eye, and say: ‘I know I’m about to do harm. But right now, being like you is more important to me than my wife is.’ Say that, and then go ahead and rage if you have to.”

Most of us think of ourselves as our bodies, our physical selves. But that image itself is a construction of our minds. Cognitive science reveals that what we call our self is really a changing tapestry of self-representations, images. And the good news is that how we see ourselves and the world may change quickly, dramatically, and with support, permanently.

Ernesto’s head snaps up, and he looks at me. “That’s not true. That would stop me in my tracks. She’s not more important than my wife is.” He falls silent, reaches out his hand, and places it palm up on Maddy’s lap.

She takes his hand, and they gaze at each other. That was almost fourteen years ago. Ernesto has not raged since.

Neurobiologists tell us that it takes two things to unlock and open up a neural pathway. The first is that the implicit must be made explicit. Sometimes you need help seeing what you don’t see. But you must be open to the feedback. Second, there must be some sort of recoil, a sense of discrepancy, of “Oh no, I’m not sure I really want to keep doing that.”

In my interview with Ernesto, I helped make the implicit explicit by putting into words his replay of his stepmother’s behavior. Ernesto supplied the recoil. After that he had, according to current research, about five hours to take in new learning and begin to forge a new neural pathway: “Oh my goodness, I will not replicate the awfulness I grew up in!”

In that moment of recoil, Ernesto awoke to us. This was the woman he loved he’d been yelling at. What had he been thinking? With my help, he shifted out of his left hemisphere into both hemispheres. He was led by the relationality of the right brain, but the practical wisdom of the left collaborated as well. With my help, he remembered the whole, the relationship of which he was a part. This is our optimal state in relationships.

Ernesto shifted from his Adaptive Child—the immature part of him that absorbed his stepmother’s rage and discharged it—into his Wise Adult. He borrowed my prefrontal cortex until he woke up his own. Put most simply, he borrowed my brain. We do this for one another all the time. Current research clearly indicates that we are not walled-in, freestanding individuals. Our human brains—in fact, most mammals’ brains—are built for coregulation.

Research has substantiated what most parents know intuitively: that the neurological development of infants and young children depends on loving, stimulating social interaction. From the first weeks of life, infants actively seek and elicit connection. Parents provide what one psychoanalyst called a “good enough holding environment” for the child. A toddler falls off his bike and looks to the expression on his caretaker’s face to see how bad the scrape is. Parents routinely soothe children, lending them perspective—this pain won’t last forever—and emotional modulation. According to the pioneer infant observational researcher Ed Tronick, “Child developmental researchers use the term neuroarchitects to describe caregivers of young infants. A baby’s earliest relationships determine the nature of the wiring—they literally build the brain.”

Every day in my office, I see what happens to people who didn’t, as children, receive help modulating their emotions. Generally, they’re cut off from their emotions. Without ancillary help from a grown-up’s nervous system, they did—and still do—find emotions, theirs and often yours, overwhelming.

Excerpted from US: Getting Past You and Me to Build a More Loving Relationship. Copyright © 2022 by Terry Real. Foreword by Bruce Springsteen. Published by Goop Press/Rodale Books, an imprint of Penguin Random House, a division of Penguin Random House LLC, New York. All rights reserved. No part of this excerpt may be reproduced or reprinted without permission in writing from the publisher.