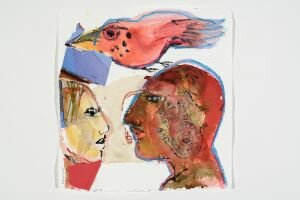 
Jaswant Guzder has spent most of her career as head of child psychiatry at Montreal’s McGill University, where she codeveloped a first-of-its-kind cultural consultation service. Despite her association with a variety of transcultural mental health projects, including in India and Jamaica, and with members of Canada’s indigenous population, she cringes at the idea of what she calls airlifting Western therapy and dropping it on populations around the world.

“If you’re ever invited to bring Western clinical knowledge to another society,” she emphasizes, “it should be in the capacity of a listener—someone who’s never telling or even producing, but hearing and assisting the locals, who are themselves the experts.”

Her project with the late, famed psychiatrist Fred Hickling, a pioneer of cultural therapy and community mental health programs in Jamaica, was a collaboration with teachers who worked with some of Kingston’s poorest and most vulnerable kids. Hickling was known for standing up against what he considered to be a deeply flawed mental health system developed by the colonizing British and Europeans. And he saw in these kids—many of whom were failing school, facing high HIV and early pregnancy rates, and living shrouded in stigma—the potential to succeed through pinpointed, culturally aware group work.

“What we did in Jamaica was all about bringing back participatory learning,” says Guzder. “Poetry, art, theater: all things that could be made in a group.…