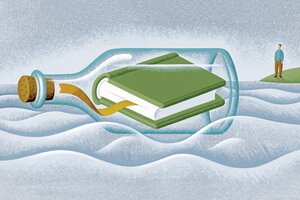 The Diary Keeper: A Father Discovers What Matters Most


On New Year’s Day in 1989, I resolved to keep a diary. I was waiting for my son Connor to be born, and family life was already in full swing. I had two teenage stepsons and another son, born just the year before.

I thought I’d always remember the standout moments of family life, but I soon learned that’s not what happens. Memories are quickly layered over with new events. Prom night details become shrouded by work to-dos and grocery lists. Researchers call this the recency effect—life rushing forward into the future. I thought a diary would help slow things down.

My first entry laid out my simple hope: Remember the funny things the kids say. But my entries became so much more than that. In the 1990s, they chronicle the busy days of raising toddlers and teenagers. By the middle of that decade, my partner, Sally, and I would send two boys to college and another two to kindergarten. Looking at those entries now, I see the simple details that mark the dramatic transformation each was making.

April 23, 1990: Connor (9 months) is sweet as can be. Oh, the feeling I get when he first smiles at me in the morning or greets me when I come home from work!

I listed the endearing terms they used to describe the life they were discovering around them, the “woof woofs” and “mees”—dogs and cats, that is—they encountered on our strolls. I captured the thrill of accomplishment our two-year-old felt when he learned how to climb out of his crib.

I transcribed the naïve wisdom of little ones.

Our teenagers were experimenting with independence—often with cars.

April 30, 1991: Zach (14) confessed to Sally that last Saturday he’d gone to a friend’s house, and she’d suggested they take her family car for a drive. He thought, Why not? They drove around and rear-ended someone at a traffic light! Happily, there was no harm done—to people or cars. Once I calmed down, we talked about his joyride.

May 5, 1991: Heart to heart with Zach. He’s been giving the driving incident a lot of thought. He scared himself and is afraid of his own impulses. He’s not afraid of following his friend’s lead on drugs or alcohol, he says, because he’s thought those issues through. This was novel, and he got swept away. It’s confusing for him.

Another time, Nate (17) and a buddy went off-roading in the family sedan and got stuck in a waterlogged section of a cornfield.

June 12, 1992: “Exploring and over-exploring,” he said. After an hour’s worth of pushing failed to free the car, they walked over a mile to a phone and were eventually towed out.

A few days later, I write: Good talk with Nate. He thinks this episode has jarred him out of his “not thinking” phase. Happy ending—he was sure he’d lost his class ring in the mud that night pushing the car, but he found it today between the seats.

Then, there are the really tough moments. 1995 was a difficult year for the family. We watched my beloved brother-in-law bravely face death after a long battle with leukemia. Just days later, I wrote an entry about my father.

September 25, 1995: Bad news from Florida—Pop’s tests show a large tumor on his lung, pushing on his spine. Mom and Pop sound optimistic and have set their sights on getting more information. I’m reeling. When we told the boys at dinner, Stephen said, “Oh my God, not another one.”

A Model for Living

I didn’t know it at the time, but Pop started a diary about the same time I did. Retired from a big insurance brokerage firm and living in Florida with my mother, he began making daily entries—in the heavy, slanted cursive handwriting he was known for.

In a series of leather-bound desk calendars, he detailed his card nights and golf games with friends. In one entry, he writes that after a lifetime of playing, he finally hit a hole-in-one at age 70! He started every entry with the phrase “Another good day with Nita,” his relationship with my mother the bedrock of his joy in living. In the summer of 1995, he begins to mention some back pain that’s interrupting his days with considerable discomfort. He comments on August 27th that he has an appointment with a doctor to “get to the bottom of it.” It was lung cancer; he died six months later.

Home from his funeral, his diaries stowed securely in my luggage, I was eager to hear his voice and feel his presence. Between the rounds of golf and the card games, the entries are repetitive, but I devoured them. Then I reached that August entry, and the diary ends. I turned the pages, wanting to read what he’d been thinking about while he was enduring radiotherapy or how he’d come to the decision to stop treatment and simply live and wait.

I wanted a model, a sense of how someone I loved had faced the end—or rather, had lived with the knowledge that the end was fast approaching. But I realize now that Pop’s diary does more than that: it models appreciation of life’s day-to-day: card games with friends, the pleasures of golf on a perfect Florida afternoon, another good day with Nita.

Reading Pop’s diary felt like a window into his life, albeit with a limited view. Those glimpses into his last years strengthened my resolve to keep up with my diary and challenged me to go further in it, to be more reflective.

The Weight of Small Things

My wife’s dad kept a diary intermittently during his life, too. His father had also kept a diary, though, as was common in the 19th century, his reads more like a daily ledger, each penny accounted for, and any personal notes confined to the margins.

Sally recalls that her dad’s diaries—small, black, soft-bound books—were always sitting on his desk. She and her sisters would sneak a peek at them occasionally, curious about their quiet father’s thoughts and feelings. He’d note, with Zen-like precision, the days that he “drove car” (still a novelty then), his children’s birthdays, the severe cold and heavy snowfalls in the 1934 Massachusetts winter, and much later he’d mention when one of his daughters telephoned—brief but evocative entries.

I watched Sally read those diaries and delight in the details of her father’s life. “Mum went to the movies again,” she exclaimed as she read an entry from 1935. Apparently, her mother frequently went to the movies on Tuesday evenings with friends, leaving Dad in charge of the girls at home.

Later in life, her dad’s deafness progressed to the point that he often withdrew from family gatherings. His chronic pain made daily life a struggle. Perhaps the diaries reminded her of the father she’d known as a girl: vital, wrapped up in family and work, always busy with jobs around the house.

As I’ve grown older, I’ve faced things my parents faced, and I can appreciate, finally, what they felt. Reading the day-to-day details, I can more easily imagine their lives—and the feelings between the lines. It’s like looking through the wrong end of the kaleidoscope, into a complex and specific life.

The diary keepers are alive again in my imagination; I’ve wondered if this was their intention. Some say a diary is private, intended only for the writer, but it’s hard not to think of it as anything but a message in a bottle—that the writer always imagines a future reader.

When the kids were young, I wrote whenever I could steal a few quiet moments—right before bed, in a lull at work, or at lunchtime. There are gaps, pages and pages left blank. I wonder now about that white space. Virginia Woolf referred to those missed entries in her diary as akin to “a tap left running.” All that experience down the drain, gone and forgotten!

Lately it’s been different: I’ve written in my diary every day since March 13, 2020. The challenge of pandemic life compels me to record the details of each day. My diary has never felt so sustaining. Those few moments of writing and reflection are a way to ground my worried mind and make note of the surprising gifts this time has given: last winter’s outdoor visits with family, a bird I spotted on a walk, the challenges of doing psychotherapy on Zoom. There’s probably too much description of my workouts and the Netflix series I’ve finished.

I started my 33rd diary in January. By now, I’ve settled on a few things. I prefer a daily diary with the dates clearly marked on every page. It’s easier to search. I’ve tried blank books and weekly calendars, but there’s either too much or too little space. The best entries can trigger all kinds of other memories, like a key that opens a stuffed file drawer, all the details spilling out—who sat around the Thanksgiving table in 2010, for example, or that perfect toast at a 2020 virtual stag party. Reading those entries later brings people back to me. I can hear their voices.

I wonder what’ll happen to my diaries in the future. I worry that they might prove to be a burden to my sons—the readers I’ve imagined all these years. I can imagine the weight in their luggage, the tangible feeling of something being passed on. But I also worry about another type of weight they’ll add: the burden of the past upon the present. I suspect my sons will remember things differently, but I hope the diaries will help them remember me as something other than their old dad, and help them recall the good time we had together.

Connor and his wife had a baby girl in the fall of 2020. My wife and I met her COVID-style—on Zoom. I sent Connor my usual gift for a new father: a diary. I hope it might lead to a satisfying routine, but I realize that it might not take. There are new ways, like Instagram or Twitter posts, to document the day-to-day. Still, I can’t think of a better way to remember your own life than recording it on paper—when your kids are young, when you’re vital and energetic, when life seems to stretch out before you and the people you love are all around.

Want to submit a Family Matters piece for an upcoming issue? Please see Submission Guidelines on our website.