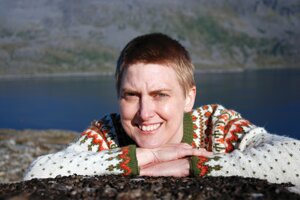 
The ancient arctic port of Hammerfest, Norway, is known as the northernmost town in the world. It sports gravesites dating back to the Stone Age, a vast rural district, and a town center regularly overrun by reindeer. Its population, which includes indigenous Sámi peoples of Scandinavia’s north, works out to about five inhabitants per 12 square miles.

One of those inhabitants is Malin Fors, a Swedish psychologist, psychoanalyst, and instructor, who’s lived and worked in Hammerfest for 14 years. Fors recently bought a home with her wife, and unlike fellow therapists she’s encountered who journey to Hammerfest for short stints of government-sponsored work as clinicians or trainees, she has no plans to leave.

Years of working with a rural population have clarified urban bias for Fors, and she’s begun writing about how ideas of urban exceptionalism affect not just the larger society’s definitions of a life well lived, but the practice and theory of therapy itself. Her open-access paper on what she calls “geographical narcissism” has struck a nerve, garnering both academic and popular attention.

Why does urban tend to equal normal in psychotherapy?

When you live in a rural setting, you begin to recognize that while we’re used to talking about common bases for discrimination—like sexuality, gender, class, race, and religion—we rarely address rural–urban tension.