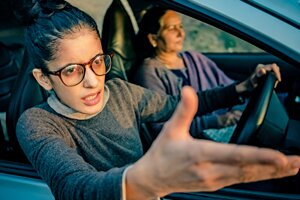 
Leena was angry. She knew she should be happy that her daughter, Anita, was engaged to be married. She liked her prospective son-in-law well enough, but she was fighting with her daughter. As she spoke she twisted her watch distractedly, anger written on her face. Her eyes looked as if they were searching for a target; I suspected it would be me. I guessed beneath her anger was a pulsating hurt, which I would need to understand, and keep in mind now, to maintain my empathy for her.

I acknowledged the differences between us, particularly with regard to our contrasting attitude to family. I was a white, nonpracticing Christian, who held Western beliefs—we tend to be more individualistic, valuing self-reliance and independence. An Indian Hindu, Leena had a collectivistic view, valuing community dependence and authority. I’d understood duty was her abiding attitude. It wasn’t for her to question; it was her duty as a daughter, wife, and mother to follow the code set by generations. Naturally I was biased: she might at times have to set me right.

I asked her to tell me a little about herself. She had come to England from India 35 years ago to marry Devang, a member of a wealthy, property-owning family. As it was an arranged marriage, Leena had not met him prior to her engagement, which she stated with weight, as if…