Talking About the Nightmare 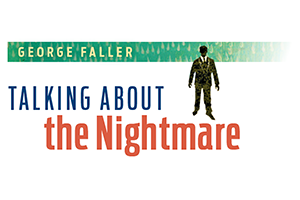 Talking About the Nightmare


Sometimes, trying to stay calm under pressure sets you up for dealing with it in isolation. It feels counterintuitive to head toward vulnerability. That was my story. I was trained not to be vulnerable.

I was born and raised in Queens, New York. In September 2001, I was 31 years old, working as a firefighter on Truck 28 in Harlem, one of the busiest trucks in the world. I’d been with the department for six years. On 9/11, when the World Trade Center was attacked, I was immediately called to assist. Normally, firefighters work a 24-hour shift; then they’re off for two or three days. But right after 9/11, there were no days off. Even if you weren’t working, you were still going down to help. I didn’t get a day off until December, and by then my day was filled with funerals.

I’d go to a funeral and see a firefighter’s son wearing his dad’s helmet. Young boys crying, holding the flag. At the time, my son was only a couple of months old, and I’d take him to the funerals in a little BabyBjörn carrier on my chest. Before he turned one, he’d gone to something like 25 funerals with me, because otherwise I’d never have seen him.

Everything felt out of control. Guys I’d worked with were missing and gone. Everybody was dealing with a nightmare, but nobody could talk about it. We became so mission focused, just going down to the site every day, compartmentalizing and grinding, trying to do the right thing. We were getting a lot of appreciation and affirmation from…