The Lure of Self-Deception 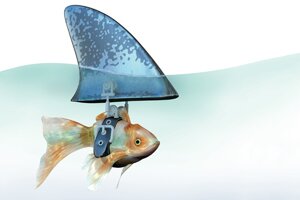 The Lure of Self-Deception

Exploring How It Serves Our Clients


Excerpted from Useful Delusions: The Power and Paradox of the Self-Deceiving Brain

In the winter of 2011, my wife, my daughter and I set out on a road trip from Washington, DC, to Toronto to visit some close friends. It was a beautiful drive that took us through the lush foothills of the Allegheny Mountain Range, and eventually past Lake Erie and Niagara Falls. But first we had to make a stop just outside of Pittsburgh, where I had an appointment with a felon.

His old U.S. Marshall–issued “WANTED” poster noted that he was the founder of “a cult-type organization” called the “Church of Love.” It would be more accurate to say he was a con artist who had managed to pull off one of the most bizarre and inventive scams in American history. His name was Donald Lowry.

Lowry first came to my attention some months earlier, as I was reading an obscure academic paper. In passing, the paper mentioned some elements of Lowry’s peculiar scheme, which it described, dryly, as a “rather inventive direct-mail program.” I was intrigued and started to look for more information. Much to my surprise, there was a lot of it. If you are old enough to have read newspapers or watched television news in the late 1980s, you might have heard of the Church of Love. Lowry’s case found its way into the New York…