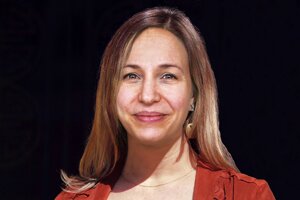 
Until I became a mother a few months ago, I’d never really been around babies. But why worry? During my pregnancy, I read the prerequisite books, joined moms-to-be groups, and generally indulged in the illusion that I was prepared. Birth plan—check! Breastfeeding class—check! Conversant with the latest doctrine on getting an infant to sleep—check!

Ha! Anyone who’s ever had a baby knows what a joke it is to imagine you’re in control of early parenthood. In my case, my birth plan never even made it out of the hospital bag. Breastfeeding has been tough. As for sleep—um, what’s that again? Given my fantasies of being in charge, new motherhood has been an intense wake-up call. But were those early illusions actually “bad” for me? Or was it more complicated than that?

As it turns out, illusions are complicated creatures—so many-faceted, in fact, that we’re devoting an issue to them. In the therapy field, especially, we tend to view self-deception as a path to any number of bad ends, like a sense of failure when reality collides with fantasy, or making ill-begotten choices. Of course, illusions do carry these hazards, and plenty of others! But as science journalist Shankar Vedantam argues in our lead piece, perhaps we need to widen our lens beyond what’s true or not, and ask what function an illusion is serving. What are the consequences? Might there be occasions when the benefits justify the costs?

Certainly, at the far end of the continuum, the costs are extremely steep. In a courageous first-person story, psychologist Martha Manning recounts her own terrifying experience with a clinical delusion she feared she might never escape. Elsewhere, veteran therapist William Doherty examines the dangers of an illusion held by many clinicians: that their chosen and cherished therapy approach is the only way to help their clients. And David Burns looks at how to work with cognitive distortions when they’re clearly undermining our well-being.

But there’s good news on the myth-making front, too. Psychologist Martha Straus makes a strong case for the developmental benefits of certain types of self-delusions in teenagers. In Vedantam’s words, the “self-deceiving brain” may actually have survival value, both in helping people work for a better future and in getting them through life’s inevitable difficulties. All of us, it turns out, hold certain “necessary illusions” that support our own particular personalities, circumstances, and life turning points.

For now, all I can say is that in my current realm of motherhood, my steadfast and utterly misguided notion that “I’ve got this” has served me very well.