Racism as a Social Disease 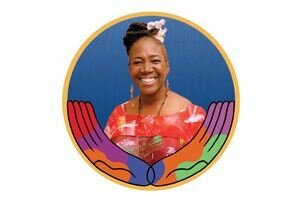 Racism as a Social Disease


When you talk about mental health and racism, bear two things in mind. One is the obvious harm that racism causes to the black and brown people who are the objects of racial discriminatory behavior, but the other part—never really talked about—is the harm that comes to white people from living in a racist society and the way in which it distorts their perspectives of themselves.

Knowing that the conversation you have about yourself is inconsistent with what’s true, and feeling a constant need to preserve that image by obfuscation, projection, and denial, generate a permanent inner sense of shame. Our national narrative is that we’re a country established by people fleeing religious persecution in their home countries, people who came here to experience freedom and generate prosperity. But that’s only slightly true: many colonists who came early to the land that came to be called America were religious fundamentalists whose intolerance of others caused them to become personae non gratae in their home countries. It didn’t take long after their arrival for them to begin imposing their beliefs on others and severely punishing those who refused to cooperate.

As a country, we’ve been doing that for a long time. One of the major contributions that the psychotherapeutic community could make now is to begin to engage with racism as a social disease that affects everybody in the society. From that frame, it doesn’t matter so much how people acquired the condition of racism. Instead, the relevant questions are how we contain it and how we prevent it from being passed on to the next generation.

In my work, one of the biggest issues I have with many social workers is the degree to which they don’t critically examine their own preconceptions about social problems and their relationship to the people they’re supposed to treat, especially the poor. For example, a lot of my work involves dealing with people who suffer from substance-abuse and addiction problems. Most people in the health professions believe the goal of treatment for people who abuse drugs or alcohol should be abstinence—a drug-free and sober life. They ignore the reality that for many people, using drugs is a rational response to the life they’re compelled to live. Part of the reason that their lives are chaotic isn’t necessarily the drugs that they use, but the illegality of those drugs.

So, take me. You could say I’m addicted to coffee. I don’t function well without it, and because it’s legal, cheap, and easy to obtain, my schedule allows for regular fixing times. But imagine if the thing that I used to perk me up was cocaine instead of coffee. Then we’re talking about a different set of issues. The real difference isn’t the drug: it’s the way in which the law deals with my use of that drug.

Many of the people, particularly women, that I work with as their lawyer end up in the criminal justice system. Theoretically, it’s because of their drug abuse, but in reality, it’s the consequence of decades of all different types of abuses and deprivations that they’ve suffered. For many of these women, using drugs is a rational response to the things that have happened in their lives, and if we want them to live a drug-free life, then we should change the life they have to live. The idea that people should have to continue to live miserable lives of hurt and pain and deprivation sober doesn’t make a lot of sense to me.

I’m not arguing that drugs are good—but of the things that generate bad outcomes for children, I’d put poverty, gun violence, lack of healthcare, and bad education at a much higher level than I’d put smoking marijuana. Parental addiction isn’t a good thing, and it often causes significant harm to children, yet we seem to care a lot more about parental addiction to drugs than parental addiction to work hours, money, violence, food, sex, power, and religion as sources of potential harm to children. We’re willing to invest huge amounts of resources to keep kids from smoking marijuana, punish them excessively if they do, and then blame them if they’ve been stuck with the consequences that come from having been involved in the criminal justice system.

That just seems crazy to me. It just seems crazy that we pass these laws to protect children, and yet they’re the ones who end up being the victims. The true reality is that these laws are enforced against minority children for the illusion they’re protecting majority children. That’s another reality of what’s happening that we haven’t been willing to be honest about.

The Black Lives Matters movement—dealing with the immediate victims of trauma as a result of encounters with police and violence—could benefit from an alliance with people in the therapeutic community. I’d like to see poor communities of color served in the same way when tragedy strikes them as middle-class communities are served. It triggers me every time I hear that therapists are offering counseling to people traumatized by the latest shooting disaster but aren’t going to Detroit or Chicago or East New York or any of the mostly black places that are experiencing the same tragedies every day.

I’d like to see therapists acknowledge that when black young people are arrested and put in handcuffs and locked in cells, that’s a traumatic event. What do white people think it feels like for young black people, the descendants of slaves, to be handcuffed and sent to jail? Yet we have no conversation considering that experience a traumatic event deserving of a response from the mental health community. Trauma not acknowledged or healed doesn’t go away: it just buries itself deeper and does its damage surreptitiously.

The United States is a nation of people traumatized by centuries of pain as the victims and perpetrators of forced migration, forced extraction, and forced exclusion. Our collective pain is one of the root causes of violence in our society. If ever a society needed to put itself on the collective couch, it’s us.

Deborah Peterson Small, JD/MPP, is a lawyer, policy analyst, and the founder and executive director of Break the Chains: Communities of Color & the War on Drugs.

Ms Small's piece was powerful. I heard every word and will read and reread this piece so I can better understand my role in breaking the cycle of racial trauma in our country. I humbly thank you.