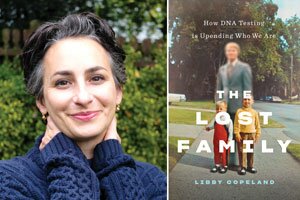 The Reality of Home DNA Tests


Review: The Lost Family: How DNA Testing Is Upending Who We Are. By Libby Copeland. Abrams Press. 294 pages.

Spit at your own risk. Sending in a saliva sample to consumer genetic-testing companies such as 23andMe or AncestryDNA can seem like an innocuous lark—until the results arrive, all too often revealing family secrets and setting off unexpected psychic aftershocks that can ripple throughout entire clans.

Yes, we’ve all seen the lighthearted television ad in which a man jovially shrugs off his discovery that the German ethnic identity he’d grown up with was genetically incorrect. Learning that his ancestors were instead Scots-Irish, he accommodates his new identity without missing a beat, simply trading in his lederhosen for a kilt.

But would he still be dancing a jig if the results had exposed a different paternity from the man he called Dad? How easily would he come to grips with the idea of being the product instead of his mother’s infidelity? Or what if his DNA didn’t match either parent, revealing the long-held secret that he’d been adopted? Would he ever be able to regain his balance if the results pointed to the dark and unsavory secret of incest?

More scenarios made possible by DNA home-testing kit results: What if he were approach­ed by a stranger who’d also…