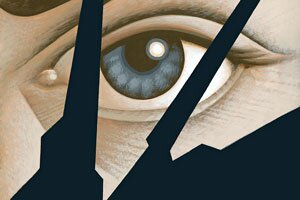 
When I first met him, Nick was a strikingly good-looking and buff young man, a 19-year-old kid in a tight T-shirt, body covered with tattoos. This was in 1987, back when tattoos were not as fashionable, and usually meant you were a rock star, convict, or Hells Angel.

Nick grew up in a family that was, to say the least, dysfunctional. When he was in grade school, his mother became addicted to pain medication and alcohol, and deteriorated into a chronic state of substance abuse, irritability, depression, and irresponsibility.

“She lied, cheated, and stole to get her pain pills,” he told me. “Then she would burn herself with cigarettes because she was so out of it. She still does it. I was always ashamed of her. It’s like I had to be the parent to my mother.

“When I was 15, I began to drive her around to different doctors to get her prescriptions. In exchange, she’d give me money to buy pot. Then I’d steal her pills from her and sell them back to her, and she didn’t even know it. It was so sick. I once told her, ‘‘You’re a horrible mother. I don’t care if you live or die.’”

When Nick was about 11, he started drinking every day, later progressing to almost every street drug I’d ever heard of. He was arrested at least 10 times, for vandalism, drug dealing, hit-and-run, robbery, battery, assault. He was…

Thank you for sharing. I am hopeful that even those that have become more hardened in their abuse behavior as a result of their dys-regulation can find other types of therapies helpful. I am glad that you chose to respond to your client as opposed to default to reactionary training protocol. I find that people generally do not want to hurt. Those that continue to hurt may be threatened by the idea of recovering from trauma themselves... so the process never starts. I wonder if Adventure Rehabilitation would promote enough of an autonomic response to build from in more severe cases of abusers?