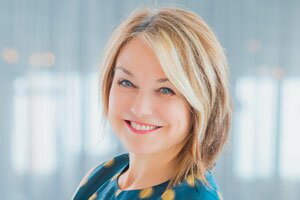 
At a time like this, what is “business as usual” for a therapist? What’s the connection between the issues that seemed important to clients just a month ago and what feels important to them now? Do we completely change course because we have to first talk about the pandemic and how it’s affecting them? Is it okay if we don’t talk about that? Can we still find other things important? Or does ordinary therapy feel futile because we’re dealing with such massive uncertainty in a world in which everything seems turned upside down?

What’s different for therapists is that, like never before, we’re experiencing a parallel process with our clients. We’re all in the same boat. What’s happening in our own personal relationships is mirroring more than ever what our clients are dealing with. I know that I’ve been more revealing than I usually am because I find it impossible to work collaboratively at this moment without sharing something about me and how I’m holding up. I’m especially aware of how many of my clients need to continue to feel that I’m confident, competent, and taken care of. Whatever they may say, they want to be reassured that they can fall apart because I won’t.

At the same time, I’ve been very conscious of not burning out by giving everything to all my anxious clients. I don’t want to have nothing left by the end of the day, don’t want to feel that I’ve brought the best of me to work but am bringing home only the leftovers, even though I’m working from my home. I’ve also never been more keenly conscious of my countertransference. I find myself reacting strongly and wondering what to say to people who think that we’ve been served well by the government and the officials who were supposed to give us accurate information, especially in the beginning.

Seeing my clients on Zoom, I’ve been immersed in the relational dynamics that this crisis triggers in couples and families. I keep noticing how easily differences lead to polarization, and the perception of the other as a threat, and a battle over who’s right and who’s endangering the other. In response, I find myself normalizing the experiences couples are having and saying things like, “Your differences are your strengths. When you polarize and think that there’s only one way of doing things, it’s actually just fake certainty. At this moment, we’re all discovering what to do as we go along, and nobody really knows the full picture.”

One client, who was being constantly caught up in petty arguments with her husband, asked me what she could do to avoid them, especially since they’re in a small apartment, working from home and self-quarantining together. I told her that this was a perfect moment to try something different. “If you can’t talk to him,” I said to her, “you can write to him, even if you’re only a few feet apart on the opposite sides of a table. Imagine what a funny surprise it would be to get an email from you just sitting across from him.”

She agreed to try and together we came up with a script she could send that went something like this: “We’ve been at each other’s throats, and it’s been a real trying moment. But I want to try to be kinder, and I want to invite you to do so, too, because ‘us’ needs it. We need to make sure that ‘us’ doesn’t fall apart when we need each other so much right now. Of course, all our disagreements and differences are going to come out, but let’s try to think about our joint well-being. If we’re going to weather this crisis, our relationship can’t be in crisis.”

Then she mentioned something she knew he needed from her, something she was going to try to do for him. That was very important. The moment you take responsibility and take action, you engage with the change. You become free, rather than waiting for the other person to do something and being in a hostile dependent dynamic. It’s saying, “I’m going to work on this. I don’t know if I’ll succeed every time, but I know this is an important thing for our relationship, and I’m making a commitment to do that.”

The email went on: “If you’d like me to tell you one thing I need from you, let me know and I’ll write more. Otherwise, I’ll let you decide what to try, because at this point, after all we’ve been through, we know each other’s needs.” She ended by saying, “I just wanted to write a few words to you, and I’m looking forward to your response in writing.”

When I work with couples in this way around communication, walking them through how to talk to each other, I do more than just provide language. I create an enactment, and then I make them go through it. But I always say, now, put it in your own words; translate those ideas in a way that feels true to you. I try to give them an immediate experience of embodying a different stance with their partner. As couples therapist Terry Real says, it’s taking a new stance that leads to a different dance.

What’s different for therapists is that, like never before, we’re experiencing a parallel process with our clients.

Especially these days, during the pandemic, I keep emphasizing that it’s important for partners to say, “I know that’s what you need. I need other things. I honor your need to do it your way.” The goal is get them to respond with empathy to the different ways that other people are dealing with the crisis, to respond with support, with respect. One parent may say, “Let the kids stay up late,” wanting to thwart the rules because nothing is normal anymore. Meanwhile, the other is insisting on maintaining order and preserving the structure of daily life.

One partner, wanting purposefulness, may have been stocking up on supplies for the last two months while the other one laughed at that. Or one may be more passive, more fatalistic, which sometimes can look like indifference. But indifference, or even nihilism, is often the expression of those who are most scared. Indifference doesn’t mean you don’t care.

Differences in how couples handle this situation can be a real bone of contention, but sometimes using humor, especially dark humor, gives us some sense of agency when a frightening reality threatens to engulf us. There was even a book called Laughter in Hell about humor in concentration camps. And I remember one of my early teachers said, “The kiss of death for a couple is when they lose their sense of humor.”

Sometimes I can get caught up in my worries about my husband, who’s highly at risk when it comes to the virus. If we were in a polarized mode, he might say, “You’re such a catastrophizer.” But instead, he says, “Are you still digging my grave?” and I crack up. By laughing, I’m basically saying to him, “Thank you for making this joke. We need this.”

So what do you do as a therapist in a time like this? You make possible the conversation that enables couples to talk and laugh and cry, and helps them feel they really get each other. I’m not suggesting that I have some new way of doing couples therapy. What I’m saying is right now the subject matter of many therapy sessions is different from what we usually focus on. It forces us to see issues in a broader context.

Like it or not, we’ll find ourselves doing more contextual couples therapy these days, giving more attention to the social, political, and economic forces in people’s lives we tend to ignore. We can still keep the clinical focus that’s our primary tool, whether it’s attachment theory or neuroscience or however else we’ve been trained, as long as we view it within a wider perspective.

In many ways, our work as therapists is the same as always. This is just one of those times where it’s important to remember that the form is more important than the content. The familiar dynamics of human relationships we’re used to dealing with are still there: we’re just being confronted by disturbing new content for the same dance. We may be asked to stretch our worldview, but we don’t have to reinvent the wheel.

So where are we now in our collective response to the pandemic? Any disaster can be seen as having four stages. There’s the warning, the planning, the trauma, and the aftermath. We did badly on the first stage because we weren’t properly warned. Now we’re trying to catch up in our planning for this next tsunami stage, which is coming toward us and is going to lead to a collective trauma we can only imagine, so we’re all in a state of anticipatory trauma.

As therapists, it’s important for us to see what’s taking place as both loss and opportunity—loss in our daily habits, our clinical practices, the way we’ve conceptualized life, the way we’ve related to the people around us till now. But there’s also opportunity—opportunity to have conversations we’ve never had, to say things to the people who are close to us we’ve been meaning to say and never have, to take care of ourselves and others in ways we’ve never considered before. How we deal with loss and opportunity will shape our experience in the weeks and months to come.

Esther Perel, MA, LMFT, is the bestselling author of The State of Affairs and Mating in Captivity. She hosts the podcasts Where Should We Begin? and How’s Work? and leads the online clinical training platform Sessions with Esther Perel. Her TED talks have more than 30 million views


Previous: Isolation and Self-Care
Next: The Body as Ally
Read 5000 times

Unfortunately, some couples have only managed to make a go of it by keeping at a distance, physically and psychologically, and when in lockdown with each other, the differences (or dislike) are no longer manageable. The veil has been removed.