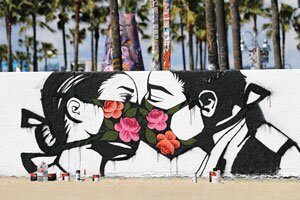 Psychotherapy Responds to the Pandemic


Impossibly, just two months ago, we were living the dream. Not that we knew it. But remember? We woke up in the morning, grabbed some breakfast, and got ourselves dressed for work. Those of us with kids nudged them to get ready for school, hustled them out the door, and then hightailed it out ourselves and headed for the office. There, we saw a bunch of clients or took a bunch of meetings or did whatever we did for work. Afterward, we maybe hit the gym or swung by the store to pick up a few odds and ends, making idle small talk with the person standing in line ahead of us. Or maybe we figured we’d eat out. Hmm, but where? Should we try that new Mexican place with the great watermelon margaritas, or stick with our usual burger joint with the ’50s theme and cozy booths?

Ah, those were the days.

When did it all change? For most Americans, it was the second week of March, which now seems like an ice age ago. On Monday, March 9, most of us were still following our familiar, comforting routines, feeling sad for people affected by the coronavirus—most of them several time zones away—but only vaguely concerned about its potential to disrupt our own lives. Then, in the next few days, the numbers began to soar scarily. Public officials—at least some of them—began to set limits that would render our daily lives almost unrecognizable. We watched our schools, daycare centers, and workplaces close like dominoes, with restaurants following in their wake. Travel withered. The stock market tanked. All the ordinary, fun stuff we used to do with other people—sports events, concerts, movies, book-club gatherings, potluck dinners—went suddenly missing.

Luckily, we still had lots to do—like panic-buying. Who needed the rest of the NBA season when we had this new national sport? We began to storm grocery stores in search of milk, beans, baking supplies, and, of course, toilet paper, which became as precious as rubies and caused customarily good-hearted individuals to commandeer multiple packs of it into, yes, two grocery carts, ignoring the expletive-laced protests of other shoppers who’d wheeled their own carts into the paper products aisle, breathless, just seconds too late. Some incidents seemed lifted from a bad dystopian novel: on March 23, three police cars were seen outside a CVS in northwest Washington, DC, lights flashing, while a contingent of cops stood in the drugstore doorway, monitoring shoppers who were massing around a fresh shipment of Cottonelle.

All the while, we were learning some ominous new phrases, like social distancing, self-quarantining, nonessential businesses, and flatten the curve. Oh, and lockdown, which until then had referred to the confinement of prison inmates to their cells and schoolkids in their classrooms in the wake of some violent, chaotic incident. And the thing was, it all happened so fast. Every time we refreshed our news feed, we got more bad stats, more shots of big-city ghost towns and overwhelmed health workers—more to scare us, limit us, isolate us. If life felt out of control, it was because it truly was. As Jon Mooallem wrote in the New York Times on March 15, “At random, and without warning, a kind of terrible magic can switch on and scramble our lives.”

Here at the Networker, we scrambled with the best of them. In early March, we were applying the finishing touches on our upcoming Symposium, preparing to greet nearly 4,000 attendees, more than 100 workshop presenters, and a cadre of world-renowned keynote speakers. We were organizing shuttle buses between hotels, finalizing our play­list for the annual Symposium dance party, choosing the food and wine for the reception in the Exhibit Hall. We’d heard some worrisome things about the spread of COVID-19, so we were also ordering massive quantities of hand sanitizer, making sure mics would be thoroughly wiped down for presenters, and even putting together a last-minute forum on how therapists could help meet the challenges brought on by this crisis. At that point, we remained essentially optimistic that, even if the crowds would be thinner than usual and no one shook hands, the Symposium would go on.

Then, on the morning of March 11, the World Health Organization declared the coronavirus outbreak a pandemic. The mayor of Washington, DC responded by limiting the number of people who could gather in one place. At 3:04 p.m. Eastern Daylight Time, the Networker sent an unprecedented email to registered attendees: “With heavy hearts, we are canceling the in-person 2020 Symposium.” Bang. Blink of an eye. For the first time in 43 years, clinicians wouldn’t be gathering in the nation’s capital over a long spring weekend, honing their therapeutic skills while soaking up the deep pleasures and comforts of community.

We let ourselves grieve—for a few minutes, anyway. Then we resumed scrambling. We knew we’d made the right call, but attendees were reaching out: they were disappointed; they needed each other, now especially. By the next morning, we’d reconceptualized the event as the Virtual Symposium, an entirely online experience that would feature live talks by many of our keynoters, clinical workshops, and a private discussion group on Facebook. Within days, 1,300 therapists had signed up for this event, still seeking professional skill-building but now craving something more, some validation of their own distress and some measure of guidance. How were we supposed to traverse this bizarre, immensely sad new universe? And at the risk of sounding like a clueless Pollyanna, was it possible to even grow from it?

With gravity and grace, our keynoters took up these hard questions—and at warp speed. Mere days before launching our virtual conference, our speakers reimagined their talks to address the still-unfolding crisis. As you’ll see in the excerpted talks that are showcased in this issue, nobody resorts to pep talks or fantasies about soon resuming our regular routines. Instead, they talk candidly of our dislocations and our sorrow, and how, in the midst of it all, we might begin to mend our lives.

As each individual spoke, a common theme began to ring clear: in this time of crisis, nothing is more vital than reaching out—to the trembling child in oneself, to our loved ones and clients, and finally, to vulnerable people don’t know but who are no longer strangers. What made this chord of connection so compelling wasn’t just the words these speakers chose, but the palpable quality of their presence. I know that I felt it. As I encountered these distinguished clinicians in their own homes or offices, books crowding shelves and art hanging from walls, I took in their gentle empathy and felt as though they saw me, joining with my anxiety while radiating a quiet faith in my capacity to cope. For those moments, I was receiving a small gift of therapy myself. My shoulders and stomach unclenched a little. I remembered to breathe.

If we look at things one way, we’re a nation of shut-ins. But if we shift our gaze just a bit, we’re a bunch of people leaning out over our balconies, stretching toward one another.

Breathing is good. At a time when our instinct is to crouch into survival mode, wondering if every person who walks our way is a potential Typhoid Mary, it’s nice to notice what else is going on—the small, impromptu acts of kindness and exuberance that this crisis has inspired. Just yesterday, a friend told me that as he walked his dog in his neighborhood, he spied a series of printed poems by Rumi and Rilke tacked up on telephone poles. Many of us saw a bit of the video of the British man who ran a full marathon in his 20-foot backyard, in the process raising and donating tens of thousands of dollars to the overburdened National Health Service.

In my own apartment building, we enacted our own version of Italy’s impromptu concerts, showing up on our balconies one recent Friday afternoon to sing Leonard Cohen’s “Hallelujah” and the Beatles’ “Let It Be,” along with totally frivolous Motown classics like “Da Doo Ron Ron” and “He’s So Fine,” which roused several people to start dancing ’60s-style, complete with girl-group hand motions. There was much laughing, waving, and leaning over railings to stretch just an inch, maybe two, closer to our neighbors.

Maybe this is the heart of therapists’ work, now—to find ways to help people shelter each other, somehow, in this new era of self-sequestering. Fostering connection is what we do, but the challenges now are unprecedented, fast-changing, and ever-multiplying. How do we help people handle not just the trials of physical distancing, but also their sudden and unimaginable grief, because we’re losing loved ones now? Millions are facing other, enormous losses—of jobs, food security, the primal comfort of being touched. Some of my apartment neighbors, especially those who live alone, talk of suffering a kind of wild loneliness beyond anything they’ve ever experienced.

By now, we’ve all seen untold images of doctors and nurses, gowned and masked and gloved, heroically attending to the ill. Less publicly hailed are psychotherapists, who are first responders in their own right. Every day and everywhere, therapists are attending to crises of spirit that can break people into pieces unless they find someone to hold them in understanding and compassion, so they can feel in their bones that they’re not alone. If we look at things one way, we’re a nation of shut-ins. But if we shift our gaze just a bit, we’re a bunch of people leaning out over our balconies, stretching toward one another in whatever ways are left to us. Therapists can assist this stretch, and cheer it on. Why else are we here?

Marian Sandmaier is the features editor of the Networker. She’s published three books on behavioral issues and has written for The New York Times, The Washington Post, O: The Oprah Magazine, and other publications.