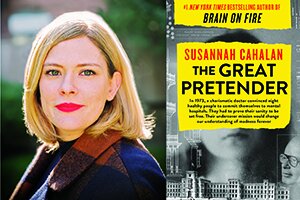 Exposing the Hoax: The Inside Story of the Rosenhan Study


Review: The Great Pretender: The Undercover Mission That Changed Our Understanding of Madness. By Susannah Cahalan. Grand Central Publishing. 382 pages. 978-1538715284

In 1973, Stanford University psychology professor David Rosenhan made a name for himself by showing how easily psychiatrists could be duped into believing that a group of volunteer patients were so severely mentally ill that they required immediate hospitalization. The study, “On Being Sane in Insane Places,” appeared in the pages of the esteemed journal Science and made an immediate splash. Garnering broad media coverage, it ramped up the public’s underlying distrust of psychiatry and psychology, and helped bolster support for mental healthcare policies whose enduring consequences we still confront today.

Now this study is in the headlines once more. In her riveting new book, The Great Pretender: The Undercover Mission That Changed Our Understanding of Madness, journalist Susan Cahalan uncovers Rosenhan’s study for what it actually was: a fake, whose manifold fabrications had gone undiscovered, until now.

This is certainly not the first well-known experiment to be refuted, but the implications go far beyond the shock value of an exposé. Rosenhan’s methodology was to have eight volunteers (he among them) show up at various psychiatric institutions and report the same symptoms: they…

One of the more fascinating differentiating disorder combinations to me is Schizophrenia and Dementia. In nursing homes, you also see UTIs presenting as Schizophrenia. Interesting stuff! I try to see a person as the fragmented parts of a whole person who is living in their environment. It was wise to question the context through which Rosenhan decided to initiate his research. Thanks for sharing!