A Need for Speed? 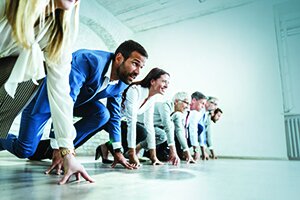 A Need for Speed?

How Therapists Can Meet a Growing Demand


Bob Rosenbaum and his colleagues Moshe Talmon and Michael Hoyt first developed an approach they called Single Session Therapy (SST) in the late 1980s while working at Kaiser Permanente in Oakland, California. After discovering that the most common number of sessions attended by clients at their clinic was not the recommended eight—not even four, nor three, nor two—but one, Talmon decided to call up his clients who hadn’t come back after their first session and ask them why. What he learned—that the vast majority of them were happy with just that single hour—would forever alter his conception of what makes therapy, therapy.

Contrary to what he’d feared, these former clients assured him they hadn’t been turned off by him or his way of working. They hadn’t returned to therapy, they said, because they’d gotten what they needed. After having another clinic employee follow up to ascertain that they weren’t just telling him what they thought he wanted to hear, he teamed up with Hoyt and Rosenbaum to undertake a formal study comparing the outcomes of single-session clients to outcomes of clients who’d decided to come back for more. The results of the two groups were indistinguishable: an 88 percent improvement rate in the symptoms they’d hoped to address. Many reported experiencing positive life changes because of what Rosenbaum describes as “basically getting over a hump and getting on with…

Need to learn how it can work in virtual Counseling.

Within the time frame of brief therapy, often the clients can’t realize what they miss from the session. Insurance agencies permits only up to six or eight sessions and when effectively used. CBT as first choice encompass role play for this matter, i’ve found. We, as therapists, look into more sessions as follow up like for recurrently depressed clients who would benefit from our support during the emotionally intense experience of (public) health “crisis and damaging. Our culture needs a big change in how mental health is as a stigma, and it still is. Because that’s what usually shorten the duration of in session therapy. Although I am not against practicing in this way, my train of thought always stay with long term preferably so.

It seems reasonable to me that short term therapy can be effective for certain types of clients with certain types of problems. The therapies could be SST and done, SST with additional (punctuated) sessions later on as needed, CBT and behavioral type therapies, or even short term psychodynamic or integrative therapies. In almost all cases, however, it would be beneficial to have enough information very early in the therapeutic process that enables the client to gain important self-knowledge and insights, and to enable the practitioner to gain therapeutically-relevant knowledge and insights about the client. For many treatment models, it would be useful to have information that describes the relationship between a person’s: 1. Rank-ordered list of situational factors related to the client's emotional distress 2. Thoughts (cognition distortions) including maladaptive mindsets, attitudes, irrational beliefs, appraisals (judgements) and attributions, core values/personal ideals, mental perceptions, cognitive biases, spiritual beliefs, etc. 3. Emotions (negative/unpleasant feelings, affect, mood) 4. Behaviors (maladaptive actions and reactions) 5. Coping strategies and defense mechanisms. With technology available today, much of this information can be obtained directly from the client before or after the first session. It can be analyzed and presented to the client and practitioner in ways that facilitate the treatment process from the get-go. And it can be used for both treatment planning and, if desired, for measurement-based outcomes assessment. I've actually used an earlier version of such a tool in my therapy practice beginning in the late 1980s and we have been modernizing its underlying software technology over the past couple of years. I welcome any inquiries from mental health practitioners and organizations interested in possible collaboration. My email address is sbeller@nhds.com.