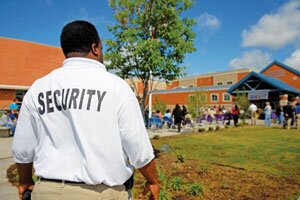 
Twenty years after “the big one,” as he calls it, police psychologist John Nicoletti remembers well the day in April of 1999 when two teenagers opened fire at Columbine High School, claiming the lives of 12 students and one teacher before taking their own. At the time, Nicoletti was 15 years into his work training local law enforcement on how to identify and manage trauma. He’d helped hundreds of people work through flashbacks, nightmares, and a shattered sense of safety. But as he sped to Columbine that afternoon, called in by local police to do crisis interventions just 20 minutes after the shooting had stopped, he realized he had no clear guidelines for working under these circumstances. “Our response wasn’t developed at that point,” he recalls. “We were overwhelmed. When you get on the scene of something like that, your role just starts mutating based on need.”

Today, his team is more prepared to respond to school shootings: unfortunately, they’ve had more practice and opportunities to learn from other communities. Nationwide, more than 228,000 students have been exposed to gun violence at school since Columbine, and the mental health community has risen to meet the grim challenge. At Nicoletti’s headquarters in Lakewood, Colorado, just three miles from where the massacre occurred, there isn’t a single member of his team of 14 psychologists who doesn’t call themselves a trauma specialist.