An Interview with Mary Pipher 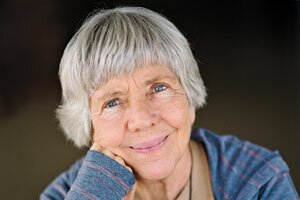 An Interview with Mary Pipher


In 1994, after being rejected by 13 publishers, Mary Pipher’s Reviving Ophelia finally appeared. Written with an anthropologist’s eye and ear, it was filled with vivid stories of her teenage clients and their struggles to move toward adulthood in what she called a “girl-poisoning junk culture.” The book gave voice to a cultural undercurrent no one had evoked so powerfully before. Without advance publicity, it spent 26 weeks atop the New York Times bestseller list. Since then, Pipher has written nine other books that have continued to explore the way the wider culture profoundly influences what happens in the therapy room. This year, she celebrates the release of the 25th-anniversary edition of Reviving Ophelia, which she coauthored with her daughter, Sara Gilliam. (A new chapter is excerpted in this issue.)

Psychotherapy Networker: How do you understand the overwhelming response Reviving Ophelia received when it was first published in 1994?

Mary Pipher: My book and Carol Gilligan’s In a Different Voice came out at almost the same time. Until then, almost all the important theorists in psychology were men, which I think was one of the reasons there were so many blind spots in understanding teenage girls. Those books, written by women, got attention because they were looking at teenage girls in a way that hadn’t been considered before.

PN: What were you seeing…