The World of Adolescent Girls 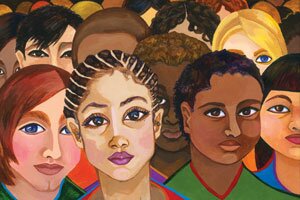 The World of Adolescent Girls

Helping Them Find Their North Star


Fourteen-​year-​old Brandi was marched into my office by her mother, a tired-looking landscaper from a nearby town who insisted she come for at least one session. While Brandi rolled her eyes and grunted, her mother explained that Brandi had been sexually assaulted by an alcoholic neighbor.

Brandi interrupted her mother to say that the assault was “no big deal.” She said that other problems bothered her a lot more than the stupid neighbor. She complained of her mother’s nagging about chores and her father’s strict curfews on school nights. She said her biggest problem was that her parents treated her like a little kid and she was sick of it.

I suggested that it might help to talk about the assault. She said, “Maybe some girls, but I’m not the type who spills my guts to just anyone.”

I didn’t expect Brandi would return for therapy, but, to my surprise, she asked for another appointment. The next time she came alone with her stuffed panda. She curled up on my couch and told me the real story.

Shana sat on the couch between her two psychologist parents. She was dressed in jeans and a Jurassic Park T‑shirt and looked much younger than her 13 years. Her father, a big bearlike man in a tweed jacket, explained that Shana wouldn’t go to school. At first, she played sick, but later she just wouldn’t go. They couldn’t understand why—her grades were good, she had friends, and, as far as they knew, nothing traumatic had happened.