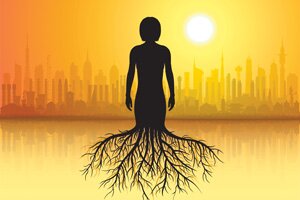 Coming Face to Face with Our Ancestors


Every clinical approach has its stories of sudden, life-changing breakthroughs and revelations. Those are the moments every therapist hopes for: when clients, caught in a maze of self-defeating patterns and despair, make a sudden leap that frees them from the prison of their past. But a relatively obscure therapeutic school called Family Constellations, developed by a controversial former priest named Bert Hellinger, claims to have offered the key to more than its share of these transformative moments, even though they can’t be explained within the accepted notions of how therapy brings about change.

Now in his 90s, Hellinger attributes part of his approach to his time spent as a missionary among the ancestor-worshipping Zulus of South Africa, who communicate with their dead and often consult with and attempt to appease them when befallen by illness or misfortune. Hellinger went on to make it the central tenet of his therapy approach that every family has a common conscience going back generations. His goal is to help people bring to life and confront their larger family story, so that children and grandchildren don’t end up shouldering their ancestors’ pain.

Does all this sound a little out there? It may be one of the reasons that Hellinger’s influence on the therapy field has been relatively small in the U.S. But Family Constellations adherents are devoted and passionate, and can be found all over the world. One of them is Carol Heil, a psychotherapist in…