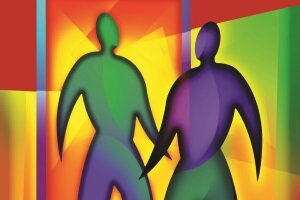 What Therapists Can Learn from Actors


It’s opening night. As I take my first step onstage wearing combat boots, camos, and a heavy metal band T-shirt, I see friends in the audience smirking at me incredulously. They don’t believe I can pull this off, and, perhaps, neither do I. But rather than letting the chill of inadequacy and self-conscious embarrassment attack me internally, I unleash those feelings outwardly, with a fiery vengeance, through my first line: “Shoot ’em, kill ’em, life everlasting, yeah!”

I was 20 when I was cast as the gun-obsessed Quigley in Hyperactive, an edgy play about teen angst by Olga Humphrey. Quigley was described as a “masculine, hard-edged” adolescent, whose favorite magazine was Soldier of Fortune. I was an effeminate, soft-natured man, whose favorite magazine was Entertainment Weekly—in other words, nothing like Quigley. But I was also an actor, and an actor’s job is to find diverse characters within herself, even if they seem very different from her at first.

Other than having a teenager’s build, the only quality I seemed to share with Quigley was the determination to prove my worth. In my case, proving myself not only meant getting hired, which I did, but also finding some genuine version of this unlikely role within me. My greatest challenge was to make an empathic connection with Quigley’s bullish personality, his gratuitous language, and (most difficult of all) his obsessive, violent fantasies. All these qualities—or symptoms, if you…

Thanks Mark. As a fellow actor/therapist, this really resonated with me. I will check out the book. Cheers from Australia, Annie