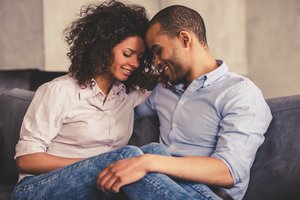 The Accidental Sex Therapist: Helping Clients Get “Dumb and Happy”


Q: I’m not a sex therapist, but clients sometimes bring up sexual issues in treatment. I don’t feel competent having these discussions. What’s the best thing to do?

A: First, congratulate yourself on the fact that your clients feel comfortable enough to tell you about these issues. Many individuals and couples stay in therapy for years without ever mentioning their struggles with sex. So count this as good news!

It’s a shame that so many therapists shy away from talking about sex in the consulting room, believing that they don’t have sufficient expertise. The reality is that any well-trained therapist can help clients understand, and in many cases even resolve, sexual problems—simply by using their natural curiosity, some common sense, and a few key tools.

Let’s say, for example, you’ve been treating a young woman, Carmen, in counseling for issues related to managing stress in her life. After several months, Carmen tells you she’s begun a relationship with a new man, Scott, whom she likes very much. Several weeks into their relationship, Carmen comes into your office looking upset. She takes a deep breath and surprises you by saying, “When Scott and I have sex, I just don’t feel anything at all.”

What do you do? You could refer her to a sex therapist, but right now it’s just the two of you, and she’s just trusted you with something very intimate. Like it or not, for the rest of this session you’re her accidental sex therapist. Here’s how to make the most of the opportunity.

At this point, you have absolutely no idea what Carmen’s talking about when she says she doesn’t “feel anything” during sex. Don’t worry. Neither do I. That’s typical. People don’t usually express themselves very clearly when it comes to sex. They tend to get vague.

But let’s see if we can figure it out. There are roughly three parts to sex: desire, arousal, and orgasm. You’ll want to make sure to ask her about all three.

Beginning with desire, you ask, “Are you attracted to him?”

“Sure,” she says, though her desire is starting to diminish since she can’t feel anything when they have sex.

“Do you have orgasms?” you ask.

“Yes,” she says, she’s had plenty of orgasms. Not with him yet, but she knows that can take some time. So no, she explains, she’s not referring to orgasms when she says, “I don’t feel anything.” By process of elimination, that leaves arousal as the likely issue.

Asking about arousal can be tricky, since arousal has both a physical aspect and a psychological one. You ask her if she gets wet. Yes, she tells you, she gets fully wet, and physical intercourse isn’t a problem.

Most clients lack a vocabulary for describing how arousal feels. Masters and Johnson spent many years studying what happens to people’s bodies when they get aroused, but few investigators have tried to understand the psychological aspect of it. For years, I’ve been asking clients to examine it in their own lives. Given their answers, here’s my short list of what ideally happens when you get aroused:

The best way I’ve found to express these three things in a language most clients can easily understand is to ask them whether during sex they manage to get “really dumb and happy.” Most clients will tell you they never thought of sex that way before, but that it makes sense and helps them more easily describe what’s going on in their heads—or not—during lovemaking.

Let’s get back to Carmen, who doesn’t “feel anything” when she and Scott have sex. “Is there any time you do feel something with Scott?” you ask.

“Oh, yes,” she says. “I love it when Scott and I kiss on the couch in the living room.”

“Does it make you feel kind of dumb and happy?” you ask.

“Yeah, I never thought about it, but I guess it does,” she replies. “But then I start thinking about what’s going to happen next.”

“Like he’s going to take me into the bedroom, and it’s going to be a disaster. That’s when I don’t feel anything.”

Now we’re getting somewhere, right? The picture is starting to come into focus: something good starts in the living room, then goes bad in the bedroom. Let’s see if we can fill in more details.

Sharpening and Interpreting the Picture

“Can you tell me what happens when you and Scott get to the bedroom?” you ask Carmen.

“I don’t know. He tries all different kinds of positions. He uses his hands, his mouth. And eventually he gets frustrated.”

“He wants me to have an orgasm.”

“Do you want to have an orgasm?”

“Sure, I guess. But mostly I just don’t want him to be so upset. It makes me feel terrible about myself, like there’s something wrong with me.”

People often interpret sexual problems as evidence that there’s something wrong with them, which leads to all sorts of misery. But now, based on what you’ve learned so far in your role as Carmen’s accidental sex therapist, you’re in a great position to offer her a more accurate interpretation.

“Let’s look at the facts,” you start. “Scott gets upset because he can’t give you an orgasm. And you get upset because you can’t make him happy by having one. You’re feeding off each other’s distress.”

“Not so productive, huh?”

Now you’re ready to give Carmen some practical advice. Given all the good data in front of us at this point, one hardly needs certification as a sex therapist to do this—just a bit of common sense.

“How about if you ask him not to try to make you climax?” you suggest.

“How about this: you know that dumb, happy feeling you get when you’re on the couch? See if you can hold on to that feeling, and not let it go.”

“Well, for one, maybe try staying on the couch,” you offer. “Sexually we’re all a bit like Pavlov’s dog. Every time Pavlov fed his dog he’d ring a bell, and eventually the sound of the bell alone was enough to make the dog hungry. If the couch gives you a good Pavlovian cue for arousal and the bed doesn’t, then by all means stay on the couch.”

The next time you see Carmen, she looks like someone who’s been having good sex: giggly and alive, in that ridiculously effervescent way that good sex should make you feel.

Sex therapy, like any other kind of therapy, helps people develop their own powers of self-observation, then it helps them speak up for what they’ve discovered they need. In the end, the only things you had to learn in order to be Carmen’s accidental sex therapist were the three parts of sex (which you kind of knew anyway, right?), plus some new ideas about psychological arousal. Then you simply relied on the things that make you a good therapist in general: your natural curiosity, common sense, and desire to help.

Our clients know more than we realize about what we feel comfortable discussing. Carmen probably isn’t the only client in your practice with a sexual problem. Now that you’ve gained some confidence talking about sex, don’t be surprised if some of your other clients start asking you to be their accidental sex therapist, too!

Stephen Snyder, MD, is a sex and relationship therapist in Manhattan. Parts of this article have been adapted from his book Love Worth Making: How to Have Ridiculously Great Sex in a Long-Lasting Relationship, copyright © 2018 by the author and reprinted with permission of St. Martin’s Press, LLC.

Tell us what you think about this article by emailing letters@psychnetworker.org. Want to earn CE hours for reading it? Take the Networker CE Quiz.