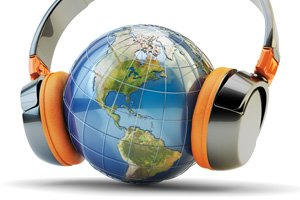 The Podcast Boom: Is It for You?


At 57, Guy Macpherson has a keen sense of how being bullied as a child shaped his life, and he’s not afraid to share. “It began when I was in fourth grade,” he says. “It really negatively impacted my relationships, my self-esteem, my belief system, and my ability to trust my gut.” For nearly 40 minutes, he talks about growing up with an unsupportive father, dropping out of school, going on a Native American vision quest, and taking a slow but steady path to developing a sense of self-worth.

Macpherson’s recollection is candid and raw, the sense of meaning he’s gleaned from a tough childhood fully on display. And it would make for a gold mine of therapeutic material. But Macpherson isn’t a client; he’s a former therapist turned podcaster. And his audience—most of whom he’ll never meet face to face—numbers in the tens of thousands.

Macpherson is telling his story in a recent episode of The Trauma Therapist, a weekly podcast he created in 2015. To date, he’s recorded more than 300 episodes, which have garnered more than one million downloads and an average of 50,000 downloads per month. He’s interviewed some of the trauma field’s biggest names on his show, including Bessel van der Kolk, Gabor Maté, and Janina Fisher. But Macpherson readily admits he’s no superstar. Even though he makes little money from the venture, he still gets a kick out of seeing his listenership tick up incrementally. And his early episodes, unpolished and recorded before he found his…