The Man Who Became an Adjective 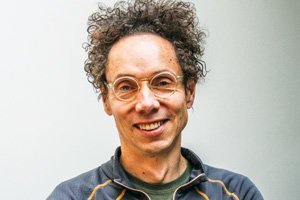 The Man Who Became an Adjective


Even if you’re not one of the millions who’ve cracked his books, read his articles, tuned into his podcast, or listened to his talks, you’re still probably aware of Malcolm Gladwell as someone who’s carved out a distinctive cultural niche as a kind of entrepreneur of challenging perspectives and intellectual adventure stories. In recent years, he’s evolved from being just a wildly successful author to becoming a seemingly nonstop, multiplatform purveyor of striking, counterintuitive ideas. His work pivots on a kind of conjury, a flair for mesmerizing audiences into rediscovering the familiar and thinking about it in surprising, often fascinating new ways.

There’ve been the five bestsellers: the Big Idea books The Tipping Point, Blink, Outliers, and David and Goliath; along with What the Dog Saw, a selection of essays pulled from his more than 20 years of writing for The New Yorker. And now we have three seasons of him looking anew at the past in his entertaining podcast, Revisionist History, which debuted at number one on iTunes. Named one of Time magazine’s 100 most influential people, Gladwell has tallied more than 14 million views for his TED talks, and somewhere in his West Village apartment is a ribboned medallion bestowed upon him by Queen Elizabeth’s Canadian rep for being the kind of shining example of a human being who’s awarded membership in the Order of Canada. Come March, he’ll be a keynoter at the 2019 Psychotherapy…