The Secret of Getting Through 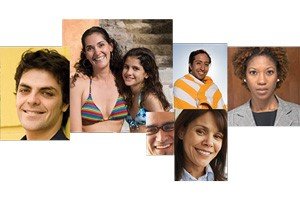 The Secret of Getting Through

A Profile of an Impressively Unimpressive Therapist


Last year, we discovered a supershrink for millennials: a therapist whose batting average with clients our age was so remarkable that she became something of a legendary figure in our small circle of friends and colleagues.

When we first heard about Merav, we were both in graduate school, and as often happens when entering the mental health field, friends had started hitting us up for referrals. So we’d put together a short list of people who sounded good in their online descriptions. One day, a colleague suggested adding Merav to our referral list, her primary distinction initially being that she had evening openings.

We looked her up and read, “As a therapist I bring an active, no-nonsense approach that cuts through to the real issues.” Sold! We passed along her info to the very next friend who called in crisis, and the feedback was glowing. We now know a dozen people who all appreciate the same things about Merav in therapy: she’s “direct,” “bold,” “calls me out on my shit,” and comes off as “impressively unimpressive” (a cryptic oxymoron we’d never heard before).

Who was this woman and why were so many young adults drawn to her therapeutic style? We decided to find out and arranged to interview her. Immediately, we were struck by the sense of immediacy Meray conveyed. From the moment we said our hellos, it felt like she might be an old friend. “You guys are videotaping me?” she said before we even sat down. “I wasn’t prepared! Do you have any…


Previous: Listening to the Next Generation
Next: The Man Who Became an Adjective
Read 2811 times
Comments - (existing users please login first)