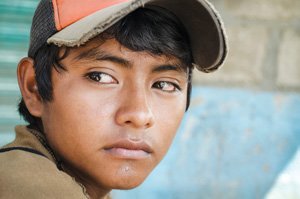 For Immigrants and Their Therapists, a Frightening Reality


In early May, Selma Yznaga was driving to work at a mental health clinic along the Texas–Mexico border when she received a frantic call from a colleague: “Have you seen what’s happening at the district courthouse? The building is packed. I can’t even get through the door. Everyone’s hysterical!” Yznaga hung up the phone and sped toward the small clinic where she’d spent almost two decades training counselors. Her job at one of only two mental health clinics in a community numbering more than 300,000 had never been predictable. But almost 1,300 miles away in Scottsdale, Arizona, something had happened two days earlier that had blindsided her staff and would dramatically shift the course of their work.

On that day, US Attorney General Jeff Sessions had made an announcement that under a new policy, the Justice Department would begin separating children from their parents if they crossed over illegally from the southwest border, taking deterrence to a new level. “If you are smuggling a child, then we will prosecute you, and that child will be separated from you as required by law,” Sessions told the crowd. “If you don’t like that, then don’t smuggle children over our border.”

Yznaga and her colleagues at the clinic are within walking distance of the heavily patrolled border and are used to dealing with shifting immigration policies. But what they witnessed at the courthouse that day—a scene an ACLU lawyer working with the clinic described as “sickening”—was…