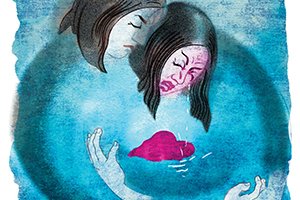 Taken Over: Breaking the Spell of Obsession


We all know that some clients affect us deeply and personally, but after having been a therapist for more than 25 years, I still find myself being blindsided by certain clients in ways that both humble and mystify me. I’ve learned that if I’m going to be helpful to these clients, I usually have to work through something difficult in myself. I’ve also learned that there aren’t any shortcuts to this process.

Christina was one such client. I’d treated her 16 years before, when she was a graduate student who was working too little, drinking too much, and sleeping with too many men. After two years of weekly therapy, she finished her PhD, adopted healthier habits, and met the man she’d eventually marry. When she called me years later, she told me that she loved her job, had been happily married to Ben for more than a decade, and had two young kids with him. Then she paused and added, “I’m having some trouble, but I’d rather explain it in person.”

Sitting down in my office, she looked very much the same as before: petite, expressive, tending toward nervousness. I was happy to see her. Gathering her breath, she said. “I guess I want to start by describing what happened.” She told me that two months before, when her husband and daughter had been away visiting his parents, her five-year-old son, Ethan, had woken up one day with a high fever and seemed incoherent. When she’d called the doctor’s office, they told her to bring him in right away.

“I was heading down…