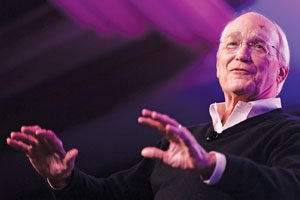 A raised eyebrow. A tilt of the head. Pursed lips. A subtle shrug. Growing up, that was the language we used in my old New England Yankee family to express anger, and even rage. Yes, we were an incredibly charming and handsome family. So much so that in 1949, Look magazine printed a photo of us as a full-page, glossy model of the ideal American family. We were so well-mannered and well-behaved that you’d never guess that of the six of us, my sister and my father had florid psychosis, my mother would commit suicide, and my two brothers would end up with lifelong addictions. Of course, this family also produced a family therapist. Big shock.

Many of you could probably guess what kinds of skills I brought to family therapy at the beginning. I was so gifted at hypervigilance that I could read and interpret people’s feelings before they even knew they had them, and then put them into words so they could feel known. I was also so pathologically conflict avoidant that I could calm anybody down. I was a master at smoothing ruffled feathers, or tamping down feelings, because that’s how I’d learned to survive.

But then I collided into structural family therapy training with Salvador Minuchin and Jay Haley. And in that world, where chaos and conflict were part of the plan, where often you had to have an intense family crisis in order to have the catalyst for meaningful change, I was like a fish out of water. In fact, I remember watching the famous Minuchin…