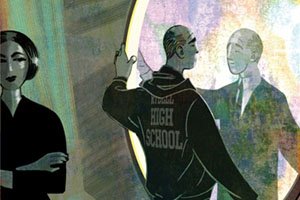 Second Adolescence: An Alternative to the Midlife Crisis


The term midlife crisis is now in its 50s. It was coined by Elliot Jacques, a psychologist in the 1960s, who found that depression and elevated rates of suicidality often accompanied the passage into midlife. It didn’t take long for the concept to be embraced by a public convinced that graying hair, ebbing health, and long-held dreams dashed by the march of time could sour an aging person’s life, and bring on reckless and self-destructive behavior.

But more recent research has challenged the idea. The National Institute of Aging says only a third of Americans over 50 report having a crisis in midlife. For those who do experience an initial life-satisfaction decline, investigators have found evidence of a U-curve, meaning that they often rebound toward the end of the middle years. After all, now that we can stay sharp and often sexually active into our 80s, midlife no longer heralds the end of physical and mental vitality.

But if midlife isn’t inherently troubling, how should we therapists think about it?

While many clients do wrestle with feelings of loss and behavior changes at this stage, many others awaken to a greater awareness of emotion, a more liberated attitude toward sex, and a passion for new experience.

Therefore, rather than thinking of midlife as an emotional unraveling, I believe it’s more helpful to reframe this stage of life in our early 50s and 60s as “second adolescence,” a time when we’re old enough to…