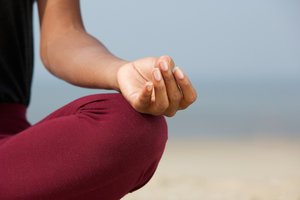 
In January of 2015, Black counterculture activist Angela Davis sat down with American mindfulness pioneer Jon Kabat-Zinn for a sold-out fund-raiser at the East Bay Meditation Center in Oakland, California. Nearly 1,000 attendees packed the small concert hall for that afternoon’s discussion: “Mindfulness and the Possibility of Freedom.” While the discussion remained cordial, Davis didn’t hold back in her questioning. “In a racially unjust world,” she asked Kabat-Zinn pointedly, “what good is mindfulness?”

It’s a question that hits home for many people of color—especially at a time when mindfulness in the popular culture, as well as in the therapy field, is widely seen as a panacea for whatever ails us, no matter who “us” may be. But for some, Kabat-Zinn’s answer—that it has the potential to bring attention to “the ills of society”—sounded vague and offered little practice direction.

It certainly didn’t stem the racial debate already surrounding mindfulness practice. Just months earlier, articles by Forbes, “On Yoga’s ‘Race Problem,’” and The Atlantic, “Why Your Yoga Class Is So White,” took aim at the overwhelming lack of diversity in mainstream mindfulness practice, the latter noting that although about one in every 15 Americans practices yoga, more than four-fifths of all participants are white. Such accusations followed a widely panned issue of Time, “The Mindful Revolution,” the cover of which featured a blonde-haired white woman…

This article reminds me of our egotistical need to be something and someone special, whether based on our gender, religion, class or race. Yoga is a group of physical, mental, and spiritual practices or disciplines originating in ancient India and like everything else commercialized by the West as is mindfulness. To say that one needs an invite into the yoga community, or the mindfulness community reeks of Samsara. The answer is never out there, never through anyone else, boosting their ego and in turn diminishing yours, it is an innate understanding that all sentient beings regardless of gender, religion, class or race suffer; and that the individual is always responsible - through self-study (8th fold path or not), quiet reflection and discipline.