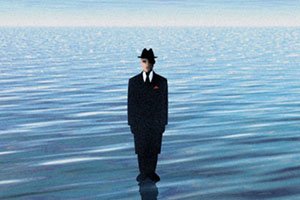 How Did I Get Here So Fast?


According to a joke my older brother likes to tell, my very first word wasn’t even a word. It was a sentence. A complete sentence. As he tells it, one day before I was old enough to blow out the lone candle on my birthday cake, I, out of nowhere, matter-of-factly announced to those assembled, “You know, we’re all going to die.”

No other witness survives to confirm or dispute his version of this event, whose aim I believe is to demonstrate that I started out, not as a child, but as a senior citizen. Although I can’t deny the underlying premise—that even as a kid I’d already begun what would become a lifelong focus on the darker, more fatalistic side of things—I’m fairly confident he is joking about what I might have said, not only because the story makes me out to be ridiculously precocious, but because I can’t imagine anybody (outside of someone living in a horror movie) brave or stupid enough, after hearing those bone-chilling words come out of an infant’s mouth, continuing to let such a kid live under the same roof.

Now, almost seven decades later, what I perceived then as an abstract truth, some far-off eventuality, has suddenly become very real, very palpable, very right-around-the-corner. Finally—at last!—I’ve been handed the role of a lifetime, the part I’ve been rehearsing for my whole life: Old Man. Over the course of all those years leading up to this crowning achievement, however, I never remotely anticipated that once I’d actually…