A New Stretch of the River 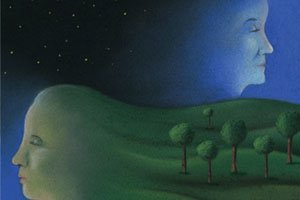 A New Stretch of the River


There are many lifetimes in a lifetime. I was born in the Ozarks in 1947 to parents who were just returning home from serving in the Navy during World War II. That puts me on the leading cusp of the Baby Boomer generation. I grew up in Beaver City, Nebraska, where my mother worked as the town’s doctor. I was the oldest child in a big family. We lived on the edge of town, and I spent my days reading or playing by Beaver Creek.

As a teenager, I was a socially inept, gawky girl. I went to the Methodist Church, where I earnestly signed a pledge never to drink, swear, smoke, or have sex outside of marriage. On my red record player, I played Broadway musicals, such as Camelot, South Pacific, and Flower Drum Song. Later, in high school, I listened to Dave Brubeck and Stan Getz and yearned for the day I could forever escape the Midwest.

After high school, I attended the University of California at Berkeley, during a time when it was a beacon for freedom and exploration of all kinds. My brother lived in San Francisco, and we saw the Grateful Dead and Janis Joplin in Golden Gate Park and at the Fillmore and Avalon. I took classes in Tarot reading and “Howling at the Moon” at the People’s Free University.

Since then, I’ve experienced other lifetimes, all in Nebraska—as a graduate student in psychology, as a mother of young children, and as the wife of Jim, a psychologist and musician. I’ve worked as a therapist, writer, and speaker. For…