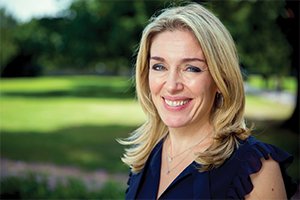 Measuring Mercy: Uncovering the Link between Cruelty and Compassion

The first occurred when she was 19. Late one night, as she was driving along the freeway from Seattle to Tacoma, a dog suddenly ran in front of her car. She swerved to avoid it, the car spun around, and she ended up backward, facing oncoming traffic, with the engine seemingly dead. Stunned and stranded, she was astonished when a man tapped on her window and asked if he could help.

And he did: opening the hood of the car to start the engine, stepping into the driver’s seat to turn her car around to face the right direction, and making sure she was okay to drive herself home. They were strangers, and because they never exchanged names, he remained anonymous. But he’d quite possibly saved her life, and at the same time had risked his own by running across lanes of highway traffic to reach her.

The second incident took place amid an alcohol-fueled New Year’s Eve celebration in Las Vegas, when a man in the crowd started to grope her from behind. She turned to slap him away—but instead of leaving her alone, he began beating her in the face. Years later, she was left to ponder: how does it…