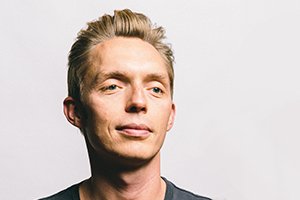 When Less Is More: The Art of Minimalizing Our Stuff


According to The Los Angeles Times, the average American household contains 300,000 items, from paperclips to single socks to forgotten exercise miracle-makers. Despite the bombardment of ads we face every day, these products rarely deliver on their promise of fulfillment and joy—and yet we keep making purchases, again and again, awaiting the reliable dopamine hit that underlies our consumer culture.

Enter Joshua Millburn and Ryan Nicodemus, a pair of Millennials who downscaled the materialism in their lives and became The Minimalists, promoting a lifestyle where you own only what you use or love, and send the rest to charity or the trash, to make space for the relationships and experiences that bring real meaning to life. They started The Minimalists Podcast in 2015, and with an average of six million downloads a month, it’s the number-one health podcast on iTunes and often in the top 10 of all podcasts. In 2016, they released their documentary, Minimalism: A Documentary About the Important Things, which became the number-one indie documentary of that year and was soon acquired by Netflix. Having written three books and completed a successful international tour speaking to sold-out concert halls, they claim their message has helped “over 20 million people live meaningful lives,” and that may be a conservative number. Through every form of media, they preach a common message: less is more. Having fewer belongings results in greater…

Thank you for this interview. Joshua is like a friend in my head. And his message resonates so deeply in me that I have felt meeting a lost member of my family anytime i get a chance to read his writings. Being able to connect with someone that I have never met is amazing. Joshua I love your message . Thank you to make me feel that I am not alone and I am ok with few possessions and content.