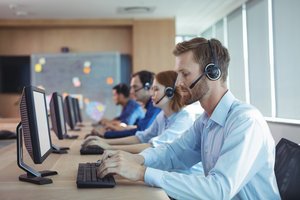 
Almost 10 years ago, England embarked on what would become one of the nation’s largest expansions of mental health care coverage. The architects of the Improving Access to Psychological Therapies (IAPT) initiative had an ambitious goal: to expand mental health care to as many people who needed it as possible, through evidence-based methods like cognitive behavioral therapy (CBT). In 2005, when the plan was first pitched to Parliament, one in four adults suffered from at least one diagnosable mental health problem, according to statistics from the National Institute for Clinical Excellence (NICE), the government body that sets standards on clinical treatments. And according to research published a year earlier in The British Journal of Psychiatry, depression alone was costing the English economy nearly nine billion pounds annually in lost productivity and unemployment benefits. If at least some suffering people recovered and went back to work, proponents argued, unemployment payouts would drop and the program would pay for itself. But could psychotherapy—at its core, most clinicians would argue, a process based on the development of relationships—really be systematized on a nationwide scale?

What began as a highly anticipated experiment quickly fell flat. To start, retention rates have been low: reports released in 2015 by the National Health Service (NHS) revealed that only 37 percent of those who’d entered the IAPT program—after going through the required…