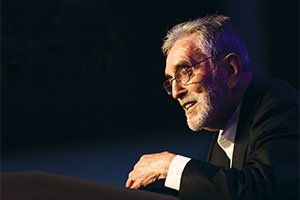 
To be a young, intellectually curious therapist in the 1970s was to fall under the spell of the field’s new breed of systems practitioners, who were redefining what psychotherapy was all about, and who believed in zeroing in on the dance among family members as both a prime mover of dysfunction and a powerful agent of change. Rather than focusing on the lonely psyche, à la the psychoanalysts, these clinicians saw the relational system as central.

And no one embodied what it meant to be a systems practitioner with more skill, creativity, and chutzpah than psychiatrist Salvador Minuchin. Watching him in action was to see old psychoanalytic commandments being smashed to smithereens, one by one—the dusty ethos of passive taciturnity, infinite discretion, and unassailable privacy being swept away like so much old debris. He trampled underfoot the standard assumption that nobody can change anybody else—that psychological change must come from within. Before awed spectators, he poked, prodded, and jollied client families into changing right then and there.

Another standard assumption he rode roughshod over was the idea that people’s feelings have to change before their behavior can change. Minuchin not only seemed to make people change, he did it regardless of what they were feeling, or whether they even knew what they were feeling. He acted on the premise that if you change the way people relate to each other, their feelings will change as well.

It is good of you guys to remember such an amazing person. Back when I used to write essays I used to listen to his speeches and get motivated.