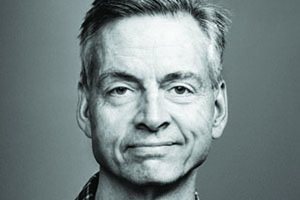 
Review: Why Buddhism Is True: The Science and Philosophy of Meditation and Enlightenment. By Robert Wright. Simon and Schuster. 336 pages. 978-1439195451

I brought great expectations to Robert Wright’s Why Buddhism Is True: The Science and Philosophy of Meditation and Enlightenment. Each of the four books by Wright that had preceded this one had received critical acclaim and popular success. The Evolution of God: The Origins of Our Belief, published in 2009, was both a finalist for the Pulitzer Prize and a bestseller. Another of his bestsellers, The Moral Animal: Why We Are the Way We Are—The New Science of Evolutionary Psychology, was selected by The New York Times as one of the best books of that year. His expertise in the dual (and sometimes dueling) fields of evolutionary psychology and religion seemed a perfect fit for tackling the science and philosophy of meditation and enlightenment, just as the subtitle of his current book promises. And having never practiced meditation myself, I was greatly looking forward to finding out from him why I should begin, and how best to go about it.

Then I started reading. Wright really is a smart guy, as proficient in discussing the philosophy of David Hume as he is in presenting the discourses of the Buddha. He even riffs on the character Neo, played by Keanu Reeves, in The Matrix. The catch is that I found his writing so stilted,…