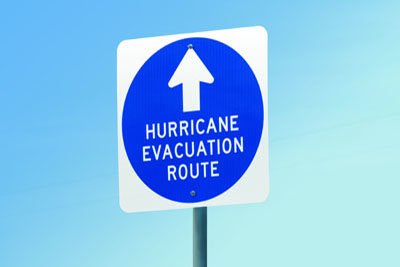 Going Above and Beyond in Post-Harvey Houston


George Santos is no stranger to natural disasters. Currently the chief medical officer at the Houston Behavioral Healthcare Hospital, he still remembers the successes—and failures—of disaster response after Hurricane Katrina struck, nearly 12 years ago. Back then, he managed a New Orleans–based team of clinicians who struggled under the duress of crowded shelters like the Superdome, breeding ground for not only despair, but violence, theft, and sexual assault. Santos anticipated that the scope of devastation from August’s Hurricane Harvey might’ve been comparable, but this time he was confident that the preparedness—and response—would be overwhelmingly different.

In the days immediately after the hurricane, Houston’s NRG Stadium became a de facto shelter, housing nearly 3,000 displaced residents assigned to cots surrounded by whatever valuables they’d been able to salvage. Creating order to avoid another Superdome-esque nightmare became paramount. There were separate rooms for single males, single females, and families, each well-guarded by checkpoints. Meanwhile, Santos and his four teams of roving psychologists and psychiatrists, equipped with reading materials and first-aid kits, combed the long hallways, using a model based on the Veteran Administration’s Field Operations Guide. Their plan: to meet with families to educate them on the psychological impact of the hurricane, recognizing that children were particularly susceptible to the traumatic effects of…