Of Us and Them 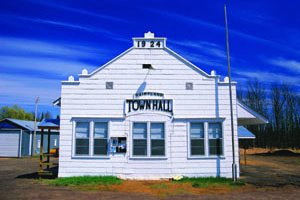 Of Us and Them

Updating Our Picture of Who We Are


Much of this issue is devoted to exploring a big-picture question seemingly removed from the small dramas that take place in our offices every day: what might therapists contribute to understanding and healing the intense political polarization going on all around us? Along the way, we came across an unusually prescient article by longtime contributor Michael Ventura that still offers a provocative perspective on our current cultural ferment. We've republished it here in the belief that, in some ways, it seems even more relevant today than when it first appeared, almost 10 years ago.

Watch documentary footage of the 1960 Democratic convention, which nominated John F. Kennedy—remembering that in 1960 many were troubled deeply that the Oval Office could be the prize of an upstart, rich, Catholic Irish American. Scan the 1960 convention floor: there are no women. Well, I didn't use a magnifying glass; there might be half a dozen, so amend that to read: there are nearly no women, and certainly no women with speaking parts (as Hollywood would say). The California and New York delegations may have harbored the odd Chinese or Japanese American, and the rare Jew (also with no speaking parts), but the 1960 Democratic convention was overwhelmingly WASP.

As for African Americans, only two had speaking parts: the Congressman from Harlem, Adam Clayton Powell, Jr., and the entertainer Sammy Davis, Jr. When Davis took the stage to sing “God Bless America”…