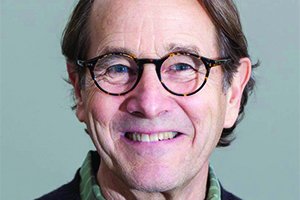 The New Frontier in Trauma Treatment? The Promise of MDMA


The times they are a-changin’ over at the Drug Enforcement Agency. After 50-odd years of clamping down on hallucinogenics like LSD, the DEA is quietly okaying the release of MDMA, another psychoactive schedule-I drug (street-named Ecstasy or Molly) for Food and Drug Administration–approved psychotherapeutic trials.

For decades, legalization advocates and healers have trumpeted the therapeutic benefits of the prosocial, fear-reducing MDMA—which, with its stimulation of hormones and neurotransmitters like oxytocin and dopamine, is known as “the love drug.” But psychopharmacologists were on the fence about its clinical benefits until a few years ago, when studies of the MDMA-assisted psychotherapeutic work of Michael Mithoefer were released.

Mithoefer, a clinical faculty member at the Medical University of South Carolina, has demonstrated remarkable early results using MDMA as a therapist-supervised treatment for chronic PTSD. His work is being approved by the FDA and could eventually clear a path for MDMA treatment clinics specializing in trauma. We caught up with Mithoefer between research trials to learn more.

RH: How did you get interested in psychedelic treatment? Was it part of your clinical training?

MITHOEFER: I didn’t have any psychedelic training in my residency, but during that time Stanislav and Christina Grof trained me in Holotropic Breathwork, a meditative practice that uses breathing and…