The Science of Togetherness 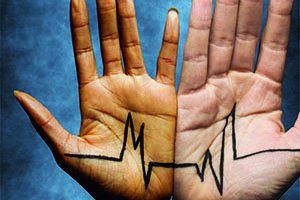 The Science of Togetherness


Since the days of Freud, perhaps no movement has arrived on the therapy scene with the force and freshness of general systems theory. In the 1950s and 1960s, it announced an entirely new way of understanding how psyches are shaped, wounded, and healed, not merely within our skulls, but in the vast, humming spaces of our environment, in social interaction. The revolution picked up speed and became an international movement following the 1968 publication of a book titled General System Theory by German biologist Ludwig von Bertalanffy.

The concepts of feedback, homeostasis, and a holistic view of a system captured the imagination of many psychotherapy pioneers, including Salvador Minuchin, Murray Bowen, Jay Haley, and Virginia Satir, and became firmly established in the training of every marriage and family therapist. Nevertheless, despite all the intellectual excitement, the hard truth is that, so far, the systems revolution hasn’t led to very effective ways of doing therapy.

Fortunately, a second revolution is quietly taking shape—a new wave of systems theory and therapy—that marries the wisdom of clinical intuition with the rigors of scientific inquiry. With more precision and accuracy, we can now begin to answer two key questions about relationships: what causes trouble between people and what helps them not merely survive together, but actually rekindle love and delight?

While most couples and family therapies over the past…

I was struck with enough shock to write a letter to the editor regarding this article. Being over 1,100 words I understand why my response did not make it into the most recent magazine. There was another printed letter to the editor that justly critiqued one the main faulty claims of the article; that Systems Theory has not led to effective ways of therapy. I've paired down my letter to the editor to post here: To add to the comments from the letter to the editor in the latest issue, the work of Watzlawick, Weakland and Fisch (Change: Pricinples of Problem Formation and Problem Resolution, 1974) would provide an apt counter example to the idea that Systems Theory has yet to yield an effective therapy method. Additionally the more specific techniques of Neuro-Linguistic Programming (NLP), a system so often slighted, can provide specific and powerful application of system theory change. A second concern is the appeal to scientific standard deviation with regard to a measurement of "happiness". The author gives initial examples of standard deviation using lifespan and IQ, objectively measurable units. Then analogously we’re led to believe the self-reporting of “happiness" can fall in the same framework. The author claims that “sociologists developed reliable and valid measures that imitated the IQ tests…” So somehow subjectiveness was made objective? The author also ignores the concern of relying on quality while disregarding quality. In the article there is talk of analysis of the ratio between positive and negative emotions. So will any old positive or negative emotion do? Does the phrase "I’m not pleased with your choice in this restaurant” garner the same appreciation as “I hate you in my life, you have destroyed all that I am as a human being?" If not, how many positive emotions need be made to compensate for the gap in severity created by the negative emotions? How is this quantifiable? I’m further struck by the lack of originality and conflating of what can be considered simple and obvious notions. Regarding this positive and negative emotion ratio, is what the author trying to convey is that the more positive, pleasurable and nice people are with each other the more happy they will be? Ok….right, and the point of using convoluted conceptual phrases such as “negative affect ratio” is what? This seems rather obvious and not a novel discovery. Next we move to the idea of flooding, and the encouragement for therapists to measure heart-rate and blood oxygenation levels in clients. In fact, therapists, according to the author, “need to use these gadgets to measure physiological arousal in clients.” Seriously? We simply eliminate the need for the client to explain what they are experiencing because we’re measuring it. Wonderful, now what? How does this “lead to specific and powerful therapeutic techniques”? Just because we've found something to measure does not tell us what to do any more specifically than the ideas outlined systems theory. It is interesting that the authors here make use of the term and concept of “pacing" the client’s breathing as this is a technique found in NLP, closely linked to the work or Watzlawick, Weakland and Fisch and Virginia Satir. The article finishes with an identification of “a mechanism for regulating a couple’s affective set point.” And that is the “Magic Trio.” Quite impressive phrasing that without citing the article at length verbatim could otherwise be stated as: being genuinely interested and polite to each other increases the chances that there will be mutual liking of each other. And when people like each other, there is a greater chance they will remain in a relationship. Again I’m left with a lack of understanding how this is anything other than obvious in a most basic understanding of human interaction.