The Long Shadow of Patriarchy 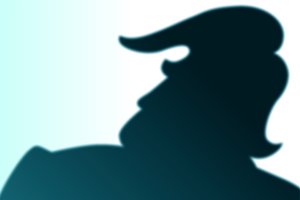 The Long Shadow of Patriarchy

Couples Therapy in the Age of Trump


Not long ago, I used to joke that as a feminist family therapist I was obsolete twice over: once for being a family therapist and a systemic thinker—instead of being, say, a CBT practitioner—and then once again for being a feminist. I mean, who cared about feminism anymore? The points had been made, the lessons learned, and to some degree at least, the battles won—or at least on the way to being won. Feminism seemed to be old news. Gender issues in therapy? If anyone spoke about that anymore, it was to reenvision the whole idea—trans kids, gender-fluid kids, straight men sleeping with other straight men. As for the impact of traditional gender roles on couples, on society—as for conversations about patriarchy and its effects—psychotherapists seemed largely to have lost interest.

No matter what your political persuasion, it’s hard to deny that we have a man in the White House who behaves in ways that are not only challenging, but atavistic, offensive, and often downright frightening. Trump has called women “fat pigs,” ridiculed their appearance on social media, objectified and mocked them in person, and in his most…

My goodness....i am having a hard time getting through this article! My Subscription is going to lapse this month(Last Issue) as i dont want to read such one sided Pablum. Like CNN does with "news", this article panders to the left and celebrates and encourages victimhood in my opinion. It also creates further divide between men and women...and the country in general. Remember all these men have/had Mothers...women teachers... etc! I just finished my last episode of the first season of the new Netflix series "The Mindhunters" and the common theme of these violent sick Serial Killers is the abuse they took from their mothers before they snapped. The rest of the show seems to be about the other dysfunctional relationships between men and women. Yes it is fiction and based in the late 1970's but i find it a decent insight into what gets in the way of "Normal" relationships. Me thinks there needs to be a dialogue on the things that Matriarchal women do that triggers men if we are going to have a fair discussion. Things like why Hillary is so hated and why Bill Clinton seems to have gotten a huge pass from women on the left? I remember the National Organization of Women (NOW) being a big influence before they fell on the sword for Bill and dissolved to nothing because of their hypocrisy. Now we have Harvey Weinstein and so many pro- women leftist Hollywood male stars getting caught doing much worse than Trump was accused of. I guess to be a leftist male abuser you just have to claim to be Pro-Feminist to be accepted and protected? I find it hilarious that It is all coming out now under the safety of the Trump Administration. Why not under the Obama administration? You know why! Because it was covered up by the leftist feminist narrative just like NOW and Bill Clinton...it served the cause so lets push it under the rug. The real enemy is external...Trump...and we have to win as a family so let's overlook it for now. Talk about a dysfunctional family dynamic wrapped up in a political party!!! Abuser know this is happening and happily increase their pathetic behavior because of it. My theory is that Subconsciously the women who say they hate Trump also know that he will not tolerate that kind of abuse no matter what the PC interpretation of him currently is... and they know they will have more of a chance for freedom from this systematic and protected abuse with "Patriarchal" Trump in office compared to the weak maleness of Obama when he was in office. They are right...it is coming down because Trump and the women around him will not put up with it happening in their America. Yes, i can hear you screaming about Trump and his indiscretions to keep you distracted from what is going on in your own political household but i will ultimately look up to who does something about it. I am glad it is being exposed and would have been just as glad if Obama had enough "Patriarchal" courage to have done something about it. Heck i would have liked Hillary to have spoken up. Am i pushing it considering Bill Doing it? Yes it would be tough for him considering his many visits to Democrat contributor and feminist backer Jeffrey Epstein's "Lolita Island" The Hypocrisy just drips...and you wonder why Trump got elected? Geesh! Here is the key to start drastically reducing these issues IMHO. You start off by coming to the table saying what your part in the equation is first. What are the little things in your minds and emotions that are huge in the other person's mind and emotions. We first have to recognize that even though we dont think they contribute that much to offending another...That it is the other person that gets to decide how they feel about it...if you care about the other person. If you don't that might be another story. I get that women have a lot of reasons to be upset with the "Patriarchy" but what i want to hear is how you contribute to it continuing. Work on that first and come to the table and i think progress will be made. Heck work on that and i don't think you will have to come to the table. I think there is a lot of Shadow work to be done on both sides...if we want to. This is a big and deep subject (divide) that is not going to get solved anytime soon let alone understood but if you keep up the one sided blame game, you may get clients for a bit ( maybe the real reason of the divisiveness ), but you block out a big percentage of the equation that will serve to continue the issue for another round. Rinse and repeat! But I am sure the cognitive Dissonance will give you plenty of reasons to continue to be right that fit under the narrative you like better. You are Mental Health healers which means that you should know better. And i should probably know better than to write this email in such haste...but i am not perfect and neither is my response...however i do think it is open and honest. I would like to see more of that in this business Thanks for listening of you got this far Cheers, Mark

Thank you Terry Real for another clear and enlightened article. I am so heartened to read this. As a feminist therapist, who has refused to give up the designation "feminist" on my calling cards for the last 30 years, I find your approach helpful clinically and existentially. Bravo for a kind, effective and whole take on how sexism hurts us all and how patriarchy is woven so deeply into all aspects of your lives both public and private. I too have seen the ways that the Trump presidency (and what it stands for) has threatened women and minorities, as well as the resurgent protest it has engendered in marriages. Dealing with this in the counseling office continues to be a worthwhile challenge.