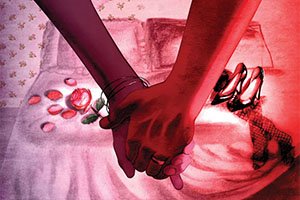 Is All Fair in Love and Sex? How Couples Can Embrace their Sexual Differences


Most couples therapists, if they were to put aside their mask of neutrality, would agree that women are in a privileged position in therapy because they can usually access their feelings better and have a fuller command of the language for doing so, especially when it comes to sex and intimacy. As a result, couples therapists often spend much of their time trying to get the man to act more like the woman, reclaiming the more feminine parts of himself to deepen his connection with his partner.

In my own work as a couples therapist, I, too, used to side automatically with the woman's values, especially the idea that relational sex—involving deep emotional connection—is what couples should be having all the time. Like many therapists, I saw nonnormative practices that involved acting out fantasies or deviating from mainstream sexual conventions as problematic, and I’d usually join with the partner who didn’t like them. For instance, I once had a client who was turned on by listening outside the bathroom door to his wife pee before they had sex. It was like a form of exciting foreplay for him, but it angered and disgusted his wife. I wound up agreeing with her and viewing his interest in engaging in that behavior as a form of pathology. Looking back, it seems a better approach would’ve been to help the couple understand the differences in the way men and women often express their attachment to each other in sex.

I certainly don’t want to imply that all men are…