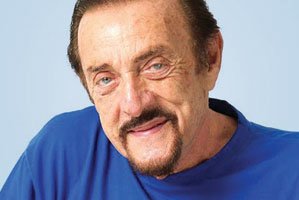 
It’s been almost 50 years since social psychologist Philip Zimbardo’s notorious Stanford Prison Experiment, which revealed how easy it is to distort people’s personal values and identities and push them to become perpetrators of sadistic acts. Since then, Zimbardo served as an expert witness during the Abu Ghraib trials and published a bestselling book on the psychology of evil called The Lucifer Effect.

However, the man famous for shining a light on our worst authoritarian impulses has more recently pivoted his work to focus on human connections and positive change. He founded a clinic that helps clients push past self-imposed limits around shyness, and after decades of research on the psychology of personal and social growth, he’s established a program that frames heroism as a continual, everyday choice that can be taught, learned, and modeled.

In the following interview, Zimbardo reflects on his legacy and answers a critical question: is our field doing enough to improve the wider world?

RH: You’ve done so much in your career. How do people generally know you?

Zimbardo: I’m best known for creating evil in my 1971 Stanford Prison Experiment, in which college students were randomly assigned to play the role of prisoner or guard. What was unusual about that research is that instead of being limited to a single class hour, the prisoners lived in that setting 24/7. The guards worked eight-hour…