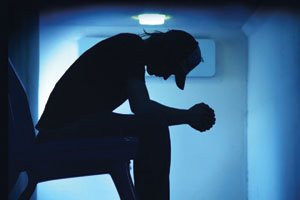 Inhabiting the Moment with Traumatized Teens


James was a depressed and lethargic 13-year-old boy who’d almost given up when I first met him. During the time I treated him, he went through some death-defying experiences, two psychiatric hospitalizations, and a tough court hearing, as well as a therapeutic turning point in which he discovered something that gave his life meaning. Although it’s been a long time since we first spoke, I remember that first hour vividly; I can still see him shuffling slowly, reluctantly, into my office. He kept one earplug in, the other draped around his neck, blaring Metallica, a band that the disenfranchised boys on my caseload loved so much I could recognize it despite the tinny sound coming from one distant earbud.

James barely acknowledged me during his first visit, acting like he was on a forced death march as he entered my sunny office. He sat as far from me as he could manage on the couch, angling his body so none of him was pointing in my direction. Crumpled over, he began picking at the shredded bottom cuff of his jeans and flicking little threads onto my floor. Disengaged and annoying, I thought, feeling instantly anxious—along with a deep and heavy sense of how hurt he must be feeling to greet me in this sad, distancing way.

I slowed my own pace down, trying to get some control over my energy and nerves. Be less overwhelming, I told myself. I asked a few questions, pausing and breathing into the spaces between, and noted with relief that James…