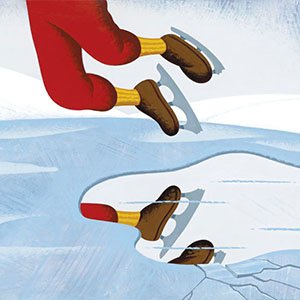 Leaping for Joy: The Secret Lives of Children


When I was four years old, my family moved to Chatham, New Jersey, a small, maple-shaded town that I’ve never stopped thinking of as home. It had everything a kid needed: a drugstore with a soda fountain, miles of swampy woods to explore, a working dairy farm around the corner, and an ice-skating pond a block away. Later, it would become a shined-up suburb of New York, but in the 1950s the town stood on its own, radiating welcome and safety.

For the first few years, I watched from the sidelines. A shy kid, I was generally content to play with my big sister or consort with various imaginary animals. But around age eight, I emerged like a nervous debutante, brimming with pent-up sociability. In that postwar era, when parents were reproducing as though a contest were on, the numbers of children available to play with dazzled me. Right next door was Heidi, an impish girl my age, on whom nothing was lost. Further up the block were two sisters, diminutive and round-faced as munchkins. Down at the other end lived six freckle-faced kids, whose mother spoke with a thick, mesmerizing Irish accent. “Get out, the lot of ye!” she’d thunder when we lounged in her house too long. Diagonally across from us lived a craggy-faced, brooding boy, the undisputed captain of our block. He was three years my senior, and I had a mad, secret crush on him. Other, littler kids wandered and toddled after us everywhere.

By the time I was 10, we kids owned the street—or we thought we did. In…

Beautifully written! It reminds me very much of my own childhood. We were so fortunate. I agree, that feeling remains with me still.