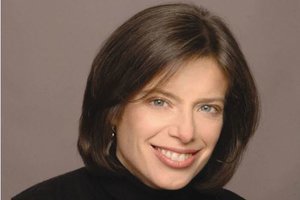 Mistaken Identity? A Daughter Reflects on Her Father's Decision to Change Gender

Author and Pulitzer Prize–winning journalist Susan Faludi’s riveting new book, In the Darkroom, opens in 2004 with a scene that seems ripped from an edgy reality TV show. Her long-estranged father has just sent her a terse email announcing, “I’ve got some interesting news for you. I have decided that I have had enough of impersonating a macho aggressive man that I have never been inside.” In fact, the 76-year-old father formerly known as Steven had just undergone irreversible sex reassignment surgery and been reborn as Stefanie, or more informally, Stefi. Accompanying the email were photos reintroducing Faludi to the parent she’d barely spoken to over the previous 25 years—a now older but still familiar figure, even if sporting a red skirt, frilly blouse, and painted toenails.

Faludi was floored. She was an acclaimed investigative reporter, noted for her writings about gender and feminism in such books as Backlash and Stiffed. How had she missed signs that the despotic father who’d ruled her terrified family when she’d been growing up had secretly harbored the desire to be a female? In search of answers, and with an audio recorder and a reporter’s notebook at the ready, Faludi embarks on the first of many trips to Budapest, where her father, a Hungarian-born naturalized American citizen, had…